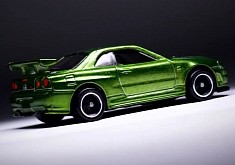 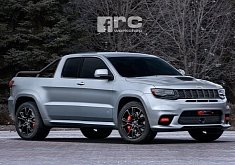 Man Sells Car in a Pub, Forgets About It, Reports It Stolen on Becoming Sober

5 Sep 2017, 16:52 UTC · By: Vlad Mitrache / The only thing that's OK to do when you're drunk is sleeping and trying not to throw up. Selling your car definitely doesn't sound like any of the two

Drunk Man Gets Unsolicited 14-Mile Ride On the Trunk of A Car, Doesn't Get Hurt

23 May 2017, 17:13 UTC · By: Sebastian Toma / Drunk people end up sleeping in various places, and some fall asleep on parked cars. One managed to get a ride on the trunk of a sedan without asking for one

DUI Statistics In The USA Are Concerning, Wyoming Has Disturbing Numbers

5 Apr 2017, 17:25 UTC · By: Sebastian Toma / A study that monitored 21 years of fatal accidents in the USA because of driving under the influence revealed starling facts about some states. Stay safe

21 Mar 2017, 17:25 UTC · By: Sebastian Toma / Earlier this month, two workers hired by BMW got drunk and high on a break during their shift. They fell asleep and caused a disruption in production

Suspect Redefines "Under The Influence" After Driving With Motorcycle On Bumper

20 Mar 2017, 16:35 UTC · By: Sebastian Toma / A motorcyclist in Alabama was taken to the hospital after being involved in a crash, but his bike was missing. The drunk driver who hit him drove off with it

Skilled Driver Avoids Running Drunk Motorcyclist Over in Epic Save

23 May 2016, 20:34 UTC · By: Florin Tibu / Drinking and operating vehicles on public roads often yields the nastiest results but sometimes skilled, aware drivers may save the day

8 Mar 2016, 10:32 UTC · By: Florin Tibu / After four long years of strives and efforts, drunk and drugged motorists who cause the death of others will face homicide charges

American Couple Is Too Drunk to Drive, Has Nine-Year-Old Take Them Home

8 Feb 2016, 14:29 UTC · By: Vlad Mitrache / What can be worse than drunk driving? Asking your nine-year-old daughter to drive you home because you're drunk. With an 11-month-old baby on board

Three Drunk Russians and a Sidecar, What Could Go Wrong?

Drunk Man Riding a Moped Is Natural Selection at Its Best

23 Jan 2016, 21:16 UTC · By: Vlad Mitrache / Of all the stupid things you can do with a vehicle, driving or riding one when you're drunk is one of the worst. Why? Because it usually ends like this

21 Oct 2015, 15:17 UTC · By: Florin Tibu / A police cruiser is pursuing a rider that refused to stop, and accidentally runs him over after the motorcyclist loses control on a dirt road and crashes

27 Aug 2015, 15:45 UTC · By: Florin Tibu / Drunk people and motorized vehicles are a sure shot to a nasty outcome, and sidecar motorcycles are no exception to this rule

17 Jun 2015, 14:52 UTC · By: Florin Tibu / The Italian Senate has approved a bill that increases the penalties for motorists under the influence of drugs or alcohol and who commit traffic homicides

6 Mar 2015, 18:03 UTC · By: Florin Tibu / Trusting that everyone sees or obeys the road signs can sometimes be the wort decision a rider can make. With a dislocated shoulder, this guy was rather lucky.

30 Jan 2015, 16:25 UTC · By: Florin Tibu / FARS and NHTSA have revealed their reports on 2013 fatalities and injuries. They show a slight decrease in motorcycle deaths but there is still a long way to go

9 Jan 2015, 10:29 UTC · By: Ionut Ungureanu / When Scotsmen went on with the independence referendum back in September, last year things looked quite tight before the elections, but the independence was rejected by a majority of 55% to 45% on a...

Too Much Booze, Too Little Snowmobile Skills

3 Jan 2015, 14:03 UTC · By: Florin Tibu / It’s maybe okay to be tipsy during the holidays, as long as you’re on vacation and not operating machinery or vehicles which are, you know, illegal to operate while under the influence. ...