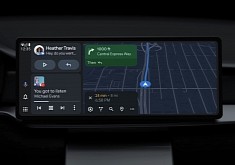 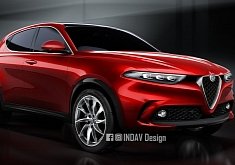 18 Aug 2020, 20:09 UTC / Volvo has kicked diesel like a bad habit. It's not surprising, since the Swedish automaker was among the first to embrace electrification

25 May 2017, 15:12 UTC / Several Bosch employees have been questioned by German investigators. The discussions were part of the inquiry started at Daimler regarding diesel engines

24 May 2017, 11:24 UTC / Daimler has confirmed a report that announced that its offices were raided by the police. The automaker has explained it is cooperating with authorities

FCA Gets Sued by Department of Justice, Says It Is Disappointed

24 May 2017, 09:55 UTC / Fiat Chrysler Automobiles has a civil lawsuit filed against it by the Environmental Division of the US Department of Justice. It's about diesel emissions

10 May 2017, 15:51 UTC / Daimler, the parent company of Mercedes-Benz, has decided against attempting to receive the approval for selling MY2017 diesels in the USA

Jaguar Land Rover Boss Says Diesels Are Not That Bad, They Need A Future

8 May 2017, 09:50 UTC / Ralf Speth, the CEO of Jaguar Land Rover, has stated that the current "demonization" of diesels is not justified. He thinks there is a future for oil burners

Mercedes-Benz Might Not Sell Diesels In The USA, MY2017 Cars Not Approved by EPA

14 Apr 2017, 11:20 UTC / Mercedes-Benz is undecided whether to continue pursuing its diesel engine offering on the American market. Its MY2017 diesels have not been approved by the EPA

24 Feb 2017, 16:25 UTC / The German town of Stuttgart, home of Porsche and Mercedes-Benz, has decided to start a plan that will temporarily ban diesel-engined cars from its center

13 Jan 2017, 17:34 UTC / Renault's diesel engines are under the spotlight of French authorities. The company denied any wrongdoing, but its share value has decreased today

19 Sep 2016, 16:53 UTC / A study made for the first anniversary of the Dieselgate scandal has shown that Volkswagen seems to have the cleanest Euro 6 diesels sold in Europe. Surprised?

French Government Denies Accusations of Being "Soft" On Renault Investigation

25 Aug 2016, 08:18 UTC / A report from the Financial Times claimed that the French government had neglected to mention some findings from an investigation on Renault. They denied it

23 Jul 2016, 13:13 UTC / Mazda's CEO has woes to launch a range of diesel engines in the USA while he's still at the helm of the company. No actual deadline has been presented

30 Jun 2016, 10:00 UTC / A Volvo executive says that all major players in the automotive industry were aware that Volkswagen was cheating. However, nobody knew how they did it

Volkswagen Receives Deadline Extension For Dieselgate Settlement in The U.S.

17 Jun 2016, 16:46 UTC / An US Judge has granted Volkswagen a new extension of the deadline for providing a settlement solution for the dieselgate-affected vehicles sold in the country

Volkswagen Customers In Korea Will Not Get Buyback Offer

15 Jun 2016, 12:19 UTC / Volkswagen will not offer to buy back its dieselgate-affected vehicles sold in South Korea. The automaker will just fix them as part of a recall