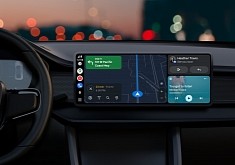 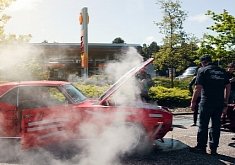 24 Nov 2022, 15:19 UTC · By: Mircea Panait / Rather than a budget-friendly restomod, the David Brown Mini Remastered Marshall Edition costs in the ballpark of £100k and features a pull-out guitar amp

14 Jan 2022, 17:06 UTC · By: Sebastian Toma / A customer who will remain unnamed will take delivery of this remastered Mini, which is the 45th of its kind made by David Brown Automotive. This is what it got

5 Mar 2019, 14:14 UTC · By: Mircea Panait / 75,000 pounds sterling for a Mini is ludicrous, but the Mini Remastered from David Brown Automotive is definitely worth that much

6 Apr 2017, 15:55 UTC · By: Sebastian Toma / David Brown Automotive has announced its surprise second model: the classic Mini. A remastered model will be made, and these are the first specs and pictures

David Brown Automotive Teases New Car With a Set of Helmets, It Will Be British

7 Mar 2017, 10:33 UTC · By: Mircea Panait / If you want the aesthetics of the Aston Martin DB5 matched to a more reliable, more modern powertrain, the David Brown Speedback GT is the car for you

24 Feb 2017, 15:54 UTC · By: Mircea Panait / Back when turbocharging wasn't included in Aston Martin's vocabulary, the British automaker used to build this sort of car: the achingly gorgeous DB2

Aston Martin-like Speedback GT is Coming to the US, Will Cost More Than $750,000

14 May 2015, 08:43 UTC · By: Tudor Rus / When the Brits decide to hand-craft a car, you should be expecting a hefty price tag to go with that. The Speedback GT is the best proof in this respect