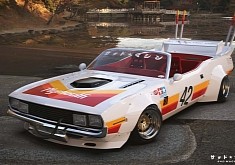 15 Jun 2015, 12:43 UTC / Electric bicycles that really stands out from the crowd, the Spitzing models by M1 Sport Technik are by far some of the most exquisite. And expensive

9 Jun 2015, 08:53 UTC / A new member has joined the growing family of Yamaha naked bikes, and the MT-25 is most likely going to be a very strong competitor in the segment

1 Jun 2015, 15:55 UTC / CityScoot provides incentives to users for returning the vehicles to charging stations and even free rides under certain circumstances

27 May 2015, 15:30 UTC / Sondors' Storm bike got massively overfunded on Indiegogo because of its cool features offered for a low price, so offer is extended as deliveries start

25 May 2015, 13:51 UTC / Bike-car accidents are one of the problems of daily commuting on two wheels. But what if there's a way to make yourself noticed while on the street?

The Dutch Segway Is Cheaper, Smaller and Cooler

19 May 2015, 14:29 UTC / Segway is a smart two-wheeler powered by an electrical battery that you most likely associate with mall cops. But what if there's a cheap one you can buy too?

14 May 2015, 08:09 UTC / Yamaha introduces the NMAX 125, a new urban scooter with modern design cues and premium features, and which will hopefully chew at Honda's scoots' clients

Photos of the Yamaha MT-25 Surface, The Bike Looks Decent

10 May 2015, 11:03 UTC / It doesn't take a linguist to spot the moderate enthusiasm in the title. The MT-25 looks sharp but sort of drifts from the established MT lines.

Mando Footloose Self-Charging e-Bike Has the Looks, But No Chain – Video

10 May 2015, 08:33 UTC / Mando Footloose is an e-bike that finally does what these commuters should, which is turning pedaling power into electricity

KTM Freeride E-SM Launched, in Dealerships This Month, but Not in the US

6 May 2015, 08:53 UTC / KTM Launched the Freeride E-SM electric supermoto fun machine, but stateside riders will still have to wait for it. In Europe, it will be sold as of this month

27 Apr 2015, 16:13 UTC / While engineers are trying to make bicycles safer to commute with in busy cities, some people still try to create art with new shapes

23 Apr 2015, 16:02 UTC / After car sharing successfully kicked off around the world and electric scooters are following in the same direction, larger scooters are stepping in, as well

22 Apr 2015, 13:30 UTC / A lot of countries promote the use of public transport as being economical and nature-friendly, but telling this to a rider will only yield a broad smile

Govecs GiGi Is a Minimalist Electric Scooter for Urban Hauls

21 Apr 2015, 14:55 UTC / The German electric vehicle manufacturer Govecs shows a new concept with good chances of making it into a production model

14 Apr 2015, 16:14 UTC / Feel like going both green and stylish, even though your budget might take a rather heavy blow? Go Faraday Porteur, and prepare for people turning their heads

10 Apr 2015, 13:39 UTC / The BMW Cruise M-Bike is a two-wheeled homage to the M cars, themselves a benchmark in the high-performance automotive segment

How About an All-Terrain E-Skateboard for a Change?

7 Apr 2015, 17:35 UTC / Meet the Aluminum All Terrain Electric Skateboard, a sleek electric off-roader that was most likely designed for the hipster few out there

31 Mar 2015, 13:20 UTC / Electric scooters with swappable batteries will be seen on the streets of Taipei, Taiwan, as of this summer: the Gogoro beta testing kicks off