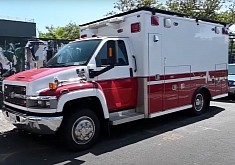 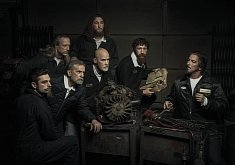 8 Jan 2016, 12:17 UTC / More and more people seem to finally get it that commuting on a motorcycle or scooter is more economical and fun, so sales are booming

23 Dec 2015, 10:13 UTC / Phantom E Vision is a pedelec with rather modest specs but which is styled like a vintage Indian motorcycle and looks totally sweet

22 Dec 2015, 12:00 UTC / BMW Motorrad reveals a promo video for the latest addition to their line-up, the company's very first small-displacement bike, the G310R

Rieju Is Back in the Pedelec Business

17 Dec 2015, 15:28 UTC / Spanish small-displacement motorcycle manufacturer Rieju is bringing back pedelecs and returns with no less than five models

9 Dec 2015, 10:32 UTC / Honda introduces the Wonder Walk concept at the Tokyo Motor Show, but in the absence of more detailed data, it's hard to see why it represents the future

30 Nov 2015, 10:23 UTC / Chinese and Luxemburg engineers shake hands for interesting iTrike electric joint venture and their 1T electric trike is quite a looker

17 Nov 2015, 17:03 UTC / A bicycle lock priced at $160 may seem a little expensive, but if you're a bicycle commuter that owns a valuable two-wheeler it could be worth checking out

4 Nov 2015, 14:41 UTC / The eighth generation of electric Arcimoto vehicles ticks all the boxes, including comfort, range, price, and coolness factor

27 Oct 2015, 13:11 UTC / It's not everyday you see a bus driver stopping his regular trip and suddenly jumping out of the vehicle to save a person from committing suicide

20 Oct 2015, 16:00 UTC / The house of Akashi is preparing a rival for Honda's Grom monkey bike. Better photos are expected, but it looks like the Grom is a sweeter machine.

20 Oct 2015, 14:36 UTC / Kawasaki shows a small supermoto-inspired bike that can serve both as a sleek economical commuter and as a first bike for beginning riders

15 Oct 2015, 11:40 UTC / Revelo kicks off a new campaign aimed at putting their Revelo FLEX bike on the street. If green, fun, functional vehicles are your thing, this one is for you

Another Beer Crate Bike, but This One Is Fast as Hell

14 Oct 2015, 08:17 UTC / Mixing beer and riding a motorbike is dangerous and in most countries illegal, since the two can sometimes get together with spectacular results

12 Oct 2015, 14:25 UTC / The French riders are restarting protests against the ban that is said to affect one in seven motorcycles considered "old" by the Paris City Hall

5 Oct 2015, 09:38 UTC / Piaggio's subsidiary Fast Forward gets involved with MIT and Google in imagining and developing new solution for urban mobility in the future