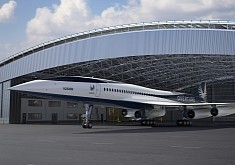 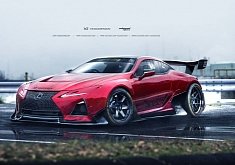 24 May 2022, 21:38 UTC / This Imperial Crown has recently been pulled from long-term storage, yet the seller hasn’t provided additional information on the sleeping conditions

5 Apr 2022, 19:32 UTC / One of three cars put together in 1952, the Imperial Parade Phaeton is perhaps the most beautiful limited-edition Chrysler ever made

1 Apr 2022, 06:55 UTC / Sixteen years after the Imperial Concept was shown at the 2006 NAIAS, the Chrysler Imperial has been given a new digital lease on life

16 Jul 2020, 08:30 UTC / A ’63 Imperial is being sold online, and if you still needed a good reason why the car was banned in demolition derby, just check out the condition of the car

22 Jun 2020, 13:56 UTC / A Chrysler Imperial Airflow with a Hellcat engine? That's wishful thinking in the real world, which is why this rendering will have to suffice

14 May 2020, 11:09 UTC / With two famous owners in tow and the timeless Airflow design of the 1930s, this Chrysler Imperial can only be described as an automotive unicorn

Black Beauty From Green Hornet Up for Auction · Video

22 Jun 2014, 20:46 UTC / Most of you that have seen the Green Hornet flick may have forgotten the storyline, but we're certain one thing hasn't been disremembered. Of course, that's the main character's ...