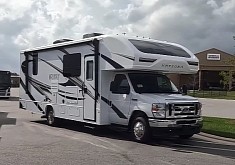 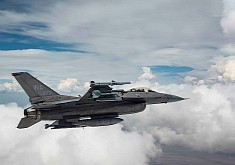 Will a Tesla Model 3 Kill a Real Cat, or Will Its Auto Emergency Braking System Prevail?

Practical Tiny Home Is a Human and Cat Paradise on Wheels, Comes With Wind Sensing Awning

14 Nov 2021, 08:00 UTC · By: Cristina Mircea / The Cat House is both a human and feline paradise on wheels, a tiny home designed with the needs of four felines in mind.

24 Apr 2017, 09:37 UTC · By: Sebastian Toma / A four lane highway in Abu Dhabi was briefly closed to allow Civil Defense workers to save a kitten that was stuck near the lane divider. Here's a video of it

3 Feb 2017, 17:24 UTC · By: Gabriel Brindusescu / Convincing a cat to go ride with you on a motorcycle seems next to impossible, but this guy managed to ride with two. He's the cat god

8 Aug 2016, 19:30 UTC · By: Mihnea Radu / There are a few cat owners around the office, so we know a stressed feline when we see one. But why no Hellcat international day yet?

19 Feb 2016, 23:26 UTC · By: Mihnea Radu / Cats like warm, tight spots to sleep in. But what looks like a cave to them is actually a dangerous engine bay. So Nissan recommends knocking on the hood

1 Oct 2015, 14:12 UTC · By: Mihnea Radu / What will my cat think when he sees me taking his litter and stuffing it in a sock? Still, this awesome life hack is very useful

Woman Rescues Kitten from Engine, Adopts and Calls It Mercedes after Her Car

Kitten Gets Stranded in a Tesla Model S, Seems to Like the Car

3 Jun 2015, 12:11 UTC · By: Ionut Ungureanu / This Tesla Model S owner realized there was a stray cat hidding inside of the motor compartment of his car. The funny thing is it didn't seem to mind

Your Cat Will Want one of These Car-Shaped Cribs

3 Jun 2015, 09:47 UTC · By: Ionut Ungureanu / We get that pets are getting their fair share of spoiling, but it seems there's a cat industry going on. Last thing we stumbled upon, folded carboards for cats

22 May 2015, 15:10 UTC · By: Ionut Ungureanu / Deadmau5 is a rich electronic music DJ that loves cars and cats. He bought a Lamborghini electric car for his pet recently and posed a picture of them online

23 Jan 2015, 10:27 UTC · By: Mihnea Radu / A driver noticed something was wrong with the way his engine sounded just a couple of meters after setting of on his journey. He stops, opens the hood on what appears to be a Skoda Superb and discov...

Star Wars Landspeeder is the Best Cat Bed Ever

31 Dec 2014, 14:19 UTC · By: Ionut Ungureanu / It’s been some years ever since George Lucas brought the science fiction anti-gravity craft to the world, but that doesn’t mean there is no more room left for new creations inspired by t...

Opel Stuffs Many Adorable Kittens into a Car: Corsa Ad!

9 Oct 2014, 10:36 UTC · By: Ionut Ungureanu / It has two maids who maintain a diary about its life and it eats all the meals on the same table with famous Chanel creative director Karl Lagerfield. Named Choupette, the Birman cat has its own 128...