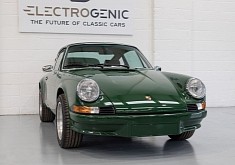 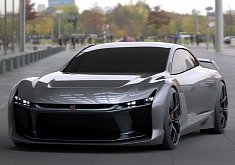 The Lifestyle Vehicle From Canoo Will Be Equipped With Panasonic Batteries

26 Oct 2021, 08:43 UTC · By: Cristina Mircea / Canoo's Lifestyle Vehicle is still a work in progress but the EV manufacturer gives as another detail about the minivan: it will pack batteries from Panasonic

25 Oct 2021, 11:31 UTC · By: Benny Kirk / With their combined research, Tesla and Panasonic hope to minimize the EV battery production costs in whatever way they can

21 Oct 2021, 05:18 UTC · By: Stephen Rivers / During its third-quarter investor deck, Tesla announced that in the near future all standard range models will use heavier and less expensive batteries.

Lithium-Ion Batteries Deconstructed: Why They are Terrible in the Cold

1 Jan 2021, 21:45 UTC · By: Alex Oagana / As the holiday season is currently underway, the weather is also getting a lot colder in most parts of the planet, and batteries don't really like it

The Perks of Driving an Electric Car in Winter

26 Dec 2020, 17:05 UTC · By: Alex Oagana / You'd think operating an electric car should be easier than an ICE-powered one, but that is not always the case, depending on the season

Hybrids, Plug-Ins and Electric Cars: Which Batteries Are Best?

17 Dec 2020, 21:40 UTC · By: Alex Oagana / There are probably dozens of types of batteries out there, but not all of them are good enough to power your car; we take a look at the most common ones

19 Nov 2020, 17:19 UTC · By: Vlad Radu / The German carmaker released its first EV this year and its engineers are working hard to develop new technologies that will make their batteries more efficient

19 Sep 2020, 06:25 UTC · By: Aurel Niculescu / What we have here is not a car, but a fully electric articulated bus packing a leading innovation in terms of energy storage – solid-state batteries

Renault Finds Second Life For EV Batteries, It Turns Out They Work In Houses

5 Jun 2017, 13:09 UTC · By: Sebastian Toma / Renault has started a collaboration with Powervault, which has unveiled its first result: electric vehicle batteries that get to live a "second life" in homes

Tesla And Panasonic Will Make Solar Cells In Buffalo

27 Dec 2016, 15:56 UTC · By: Sebastian Toma / Tesla and Panasonic have signed an agreement that focuses on manufacturing photovoltaic cells in the USA, at a facility in Buffalo, New York.

31 Oct 2016, 12:06 UTC · By: Sebastian Toma / Toyota engineers have developed a safer and more powerful version of Lithium Ion battery technology for cars. It will launch on the 2017 Prius Prime, the PHEV

Six Problems With Electric Cars That Nobody Talks About

18 Oct 2016, 15:44 UTC · By: Sebastian Toma / Electric vehicles are the topic of choice for most automakers when it comes to "future mobility." We tried to look the other way, and we saw the bad side of EVs

2 Sep 2016, 13:35 UTC · By: Sebastian Toma / Hyundai Motor Company, the South Korean business that owns the Kia and Hyundai brands, might have to delay the launch of new hybrids in China

8 Jul 2016, 16:19 UTC · By: Sebastian Toma / Elon Musk, Tesla Motors' CEO, has mocked claims that accused the automaker of killing flamingos. Tesla was indirectly accused of this for using lithium

LG Chem Might Build an Automotive Battery Factory in Poland

18 Apr 2016, 12:33 UTC · By: Sebastian Toma / The largest Korean chemical company in the world, LG Chem, is rumored to plan an extension of its Polish factory, where it will make batteries for electric cars

15 Dec 2015, 14:57 UTC · By: Sebastian Toma / The carmaker is developing a new type of battery for its future electric vehicles. The flat battery can be installed under a car's floor to save room

Swiss Scientists Develop Cheap Battery Made of Materials That Are Abundant

16 Nov 2015, 10:05 UTC · By: Ionut Ungureanu / We are reaching a level where green energy can be harvested in a cheap way, but storing it remains an issue we need to solve fast