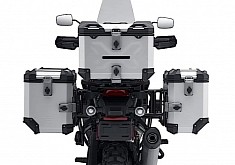 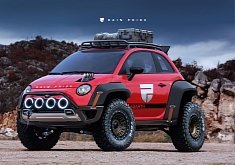 Fiat 500 XXL Is a Cute Monster Truck of Fantasy

2022 Bagger Racing League Limited to Just Three Races, Harleys and Indians All Over

26 Jan 2022, 21:42 UTC · By: Sebastian Toma / Harley-Davidson has unveiled its MY2022 range, and with it, the American brand has unleashed its most powerful production motor yet, the 117-cui Milwaukee Eight

29 Jun 2021, 07:25 UTC · By: Daniel Patrascu / The inaugural edition of the Bagger Racing League took place this past weekend, win in the main class of the series went to Harley-Davidson

2017 Indian Stars and Stripes Is a Custom Bagger Like No Other, Harleys Included

Bagger Racing Kicks Off in June with Burnouts, Drifting and Wheelies

8 May 2021, 07:05 UTC · By: Daniel Patrascu / Drag Specialities Battle of the Baggers kicks off the Bagger Racing League in Salt Lake City, Utah, on June 25, five classes this year

15 Apr 2021, 09:28 UTC · By: Daniel Patrascu / The American Historic Racing Motorcycle Association (AHRMA) announced the creation on a bagger class for the Streets of Willow event this month

15 Jul 2020, 15:06 UTC · By: Daniel Patrascu / S&S Indian Challenger is the only Indian motorcycle to be fielded in the upcoming Drag Specialties King of the Baggers along 13 other Harleys

18 Dec 2017, 10:01 UTC · By: Gabriel Brindusescu / This 2016 Indian got totally transformed and for now, can be seen at the Top Mountain Motorcycle Museum in Hochgurgl, Austria

19 Oct 2017, 15:45 UTC · By: Gabriel Brindusescu / The new BMW K 1600 B is a bagger with a different attitude, and we’re sure Batman would want one if it came with optional guided missiles and smoke bombs

24 May 2017, 12:27 UTC · By: Gabriel Brindusescu / The new Indian Chieftain Limited became the company’s best-selling bagger, and it now got other cool colors beside Thunder Black

27 Jul 2016, 13:59 UTC · By: Gabriel Brindusescu / Future Indian motorcycle owners will be happy to hear the company is rolling out one of the best infotainment systems in the industry

16 Jun 2016, 11:03 UTC · By: Florin Tibu / BMW boss hinted that the long-expected bagger based ob the K1600 platform will arrive this year but offered no other details, leaving us dreaming and guessing

Harley-Davidson Rumored to Bring Back the Sport Glide

1 Jun 2016, 14:23 UTC · By: Florin Tibu / The Harley-Davidson FXRT Sport Glide might make a comeback, the latest rumors in the industry indicate, after the name was spotted in official trademark papers

2016 Indian Chieftain Dark Horse Is a Neat Bagger, Could Have Been Darker

11 May 2016, 21:58 UTC · By: Florin Tibu / The Indian Chieftain Dark Horse is a blackened reborn Chieftain, with a quite sober air about it and which will please chrome haters

6 May 2016, 12:48 UTC · By: Florin Tibu / Rumors indicate that Indian is preparing to launch a darkened version of their Chieftain bagger, most likely to be unveiled on May 11

3 May 2016, 07:43 UTC · By: Florin Tibu / Yamaha is planning to re-integrate Star Motorcycles in its core line-up, possibly adding a bit of Yard Built flavor to the metric cruiser range

17 Mar 2016, 09:54 UTC · By: Florin Tibu / Len Edmondson of Azzkikr Custom Baggers shows off the Frontier 111 Indian Springfield and this bike will set your imagination on fire