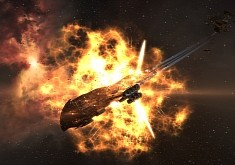 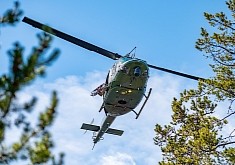 When Hiking Takes You Places You Don’t Want to Go, This Is What Comes to the Rescue

Driverless GM Cruise Car Gets Pulled Over by the Cops, Makes a Run for It

The Story of the GM Firebird IV, the 1960s Autonomous Car With a Fridge and TV

17 Nov 2021, 16:04 UTC / As most people know, lane assist systems are not autonomous driving systems. One driver filmed himself while attempting to demonstrate his car's abilities

11 Oct 2021, 12:24 UTC / Ever hear of Wayve? They are a self-driving car start-up, and they recently received a significant investment for the development of driver less vehicles

30 Jul 2021, 07:41 UTC / The Chinese tech giant has removed an executive who claimed the self-driving technology developed by Tesla was “killing” people

9 Jun 2021, 16:22 UTC / Researchers at Cornell University have developed an algorithm that beats LiDAR and that could take self-driving vehicles to the next level

10 May 2021, 08:29 UTC / Aeva Technologies has announced that its latest 4D LiDAR sensor can detect dark objects from over 500 meters and pedestrians from around 350 meters

1 May 2021, 08:47 UTC / Elon Musk discovers the road to autonomous driving is paved with hurdles that need clearing, some more obvious than others

18 Mar 2021, 07:27 UTC / Apple patents a new technology that allows a vehicle to automatically detect the hand signals of a traffic cop and act accordingly

2 Feb 2021, 08:21 UTC / A security camera caught the moment the crossover's driver thought she had arrived home, only to find out the vehicle had other plans

Volvo and Polestar Working on New Self-Driving Vehicle with Waymo

Volvo Splits Zenuity in Half as It Chases Autonomous Cars Launch

3 Apr 2020, 14:22 UTC / Volvo announced a decision to split autonomous systems developer Zenuity in two entities to speed up the development of autonomous cars

28 Jan 2020, 14:34 UTC / Presidential candidate aims to prove he has the experience to create jobs where jobs are lost to automation, takes his hands off the wheel on Autopilot

22 Jan 2020, 12:30 UTC / Cruise Origin aims to compete with Uber and Lyft, maybe even public transport. It’s as big as a regular car, but has more space because it is fully autonomous

Downfall of the Human Drivers, or How Technology Is Making Them Redundant

24 Dec 2019, 00:05 UTC / This past decade has seen car tech advance in leaps, to the point where a future where cars will drive themselves is near, whether we like it or not

6 Nov 2019, 17:40 UTC / NTSB report notes that the car saw the pedestrian but didn’t know how to act. The report will be finalized on November 19, includes recommendations for Uber

5 Nov 2019, 12:15 UTC / Reporter is offered a free ride in a completely driverless Waymo ride-share vehicle, enrolled in the program now underway in Chandler in Phoenix, Arizona

15 Oct 2019, 13:09 UTC / Two autonomous Renault Zoe cars being tested by 100 people in the Paris-Saclay urban campus to test the viability of the technology