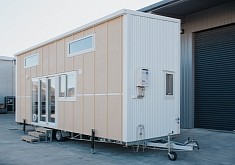 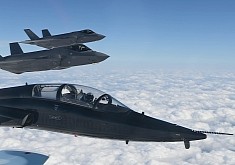 Soon-to-Be Replaced T-38 Talon Flies With the Big Bad Boys, Shows It Still Has It

Audi Said It Would Have a Pickup Truck: Here Are Renderings of the Chinese Q6 With a Bed

1 Aug 2022, 12:36 UTC · By: Gustavo Henrique Ruffo / If you wanted to check what an Audi pickup truck could look like after Markus Duesmann said the brand would have one, Theottle helps us visualize it

26 Jul 2022, 06:45 UTC · By: Cristian Gnaticov / China's Audi Q6 is actually bigger than the Q7, and its wheelbase is identical to that of the Volkswagen Atlas, known locally as the Teramont

2023 Audi Q6 Gets Revealed in China, It Is the Company's Largest Vehicle Ever

Audi A6 Could Get Electric Version As Early As 2022, Q6 E-Tron to Follow

Audi Wants to Reverse-Engineer a Tesla Model X, Doesn't Know How to Charge It

19 Apr 2016, 20:49 UTC · By: Vlad Mitrache / Audi's plan to study the Tesla Model X and use it to benchmark the company's future electric SUV is apparently not going as smoothly as initially intended

Audi Q6 Electric SUV to Be Built in Belgium from 2018

21 Jan 2016, 10:42 UTC · By: Alexandru Monenciu / Audi is moving forward towards electric mobility by getting its worldwide production network ready for the future, and it will build the new Q6 in Brussels

28 Dec 2015, 15:32 UTC · By: Sebastian Toma / Audi has big plans for the future and is betting a lot of money on them. In the quest for the premium manufacturer top spot, Audi will invest 3 billion euros

20 Dec 2015, 13:30 UTC · By: Vlad Mitrache / Fuel cell technology seems to be finding more and more followers, with Audi the latest to make its intentions clear about a car that uses hydrogen as fuel

Production Audi Q6 Rendered Based on the e-tron quattro Concept

29 Jul 2015, 13:38 UTC · By: Mihnea Radu / Audi has already shown the potential of OLED technology in many models and demonstrators. Special highlights are “OLED lighting” with transparent

Are Audi and Mercedes Even Trying to Catch Up with BMW?

19 Apr 2013, 09:28 UTC · By: Gabriel Nica / BMW was and will forever be a trailblazer, a pioneer. Ever since we can remember, our favorite brand was on top of innovation and always brought new cars and even invented new segments. Nowadays,...

25 Jan 2013, 15:51 UTC · By: Andrei Nedelea / There have been talks in recent years about a coupe version of Audi's Q7 SUV, which would be aimed squarely at the BMW X6, which basically has all the market share to itself - it is the vehicle...

9 Dec 2011, 09:04 UTC · By: Andrei Tutu / When BMW initially introduced the X6, many rushed to say that this is an exaggerated development. However, the Sports Activity Vehicle has been so successful that now Audi and Mercedes are working t...

9 Aug 2011, 08:06 UTC · By: Mihnea Radu / Audi might have a runaway success with its Q line of crossovers and SUV, but it’s BMW that started it all with the X5, and it’s the Bavarians that still have something their Ingolstadt c...