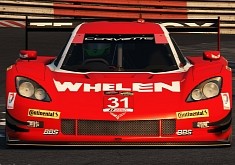 Nichelle Nichols’ Ashes Blasted Into Space, So Lt. Uhura Will Always Be Among the Stars

26 Aug 2022, 04:46 UTC · By: Elena Gorgan / The son of the late Star Trek actress agrees to donate part of her ashes for Celestis’ “graveyard orbit” around sun dedicated to Star Trek legends

Wireless Chargers May Be Up and Running on the Moon Soon, Cables Be Damned

17 Jun 2022, 11:51 UTC · By: Daniel Patrascu / A company called Astrobotic is working on a wireless charging system meant to keep hardware up and running during the long lunar nights

21 Apr 2022, 02:40 UTC · By: Florina Spînu / Once completed, Peregrine is set to be the first U.S. lunar lander to land on the lunar surface since the Apollo missions

8 May 2021, 10:20 UTC · By: Florina Spînu / Pittsburg-based space robotics company Astrobotic announced its new Moonshot Museum. Visitors will have the chance to plunge into the the universe's mysteries.

SpaceX Falcon Heavy to Launch Mission to the Moon in 2023

14 Apr 2021, 09:01 UTC · By: Daniel Patrascu / Astrobotic says it selected SpaceX and the Falcon Heavy rocket for the launch of the Griffin lander carrying the NASA VIPER rover to the Moon in 2023

12 Jun 2020, 12:52 UTC · By: Daniel Patrascu / NASA said on Friday the company tasked with taking the water-hunting rover called Viper to the Moon is Pittsburgh-based Astrobotic.

1 Apr 2018, 08:13 UTC · By: Daniel Patrascu / New private rover contract handed to Astrobotic for the development of a lunar machine capable of small-scale science and exploration.