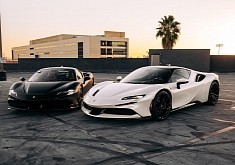 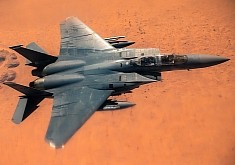 23 Jan 2022, 20:52 UTC · By: Florina Spînu / NASA's NEA Scout is a tiny spacecraft that is as big as a shoebox. Although small, it has some big plans: to chase down its first near-Earth asteroid

21 Jan 2022, 11:01 UTC · By: Daniel Patrascu / This small impact crater on the surface of Mars contains traces of buried ice that "can help answer questions about what the Martian climate was like long ago

Tiny Spacecraft Gears Up to Visit Small Asteroid, Will Use the Sun to Get There

Don’t Look Up, Potentially Hazardous Asteroid Will Zip by Earth at 47,000 MPH Next Week

3 Jan 2022, 13:21 UTC · By: Daniel Patrascu / At times, the main impact craters on Mars are so old that any connection they had with secondary craters is erased, complicating the work of scientists

23 Dec 2021, 15:09 UTC · By: Florina Spînu / Earlier this month, NASA's DART spacecraft opened its "eyes" to gaze into the darkness of space as it travels toward the Didymos asteroid for its doom

2 Dec 2021, 15:48 UTC · By: Daniel Patrascu / Simulation video shows how asteroid impacts on the Moon may appear as seen from here on Earth, sight is truly frightening

The UAE Will Send a Spacecraft on a 2.2 Billion-Mile Journey to Explore the Asteroid Belt

6 Oct 2021, 21:40 UTC · By: Florina Spînu / The United Arab Emirates has recently announced plans to launch a new interplanetary mission to explore the asteroid belt located between Mars and Jupiter

22 Sep 2021, 00:39 UTC · By: Florina Spînu / NASA's Psyche spacecraft will use solar electric propulsion for the first time to get to an unusual metal-rich asteroid, located 1.5 billion miles away.

We May Know Where the Dinosaur-Killing Asteroid Came From. How Does That Help Us?

19 Sep 2021, 09:06 UTC · By: Daniel Patrascu / A team of scientists believe to have pinpointed the origin of the asteroid that wiped out the dinosaurs, also say that region of space is very active

5 Sep 2021, 07:42 UTC · By: Daniel Patrascu / An impact crater on the Martian surface, seen through the HiRISE camera orbiting hundreds of miles above the planet, looks like a gladiator arena

27 Aug 2021, 23:19 UTC · By: Cosmin Vasile / Carve out the future of your people in an unusual interstellar action adventure that will alight on PC, PlayStation 4, and PlayStation 5 on October 5

The Solar System Keeps Throwing Rocks at Us. Next Year, We’ll Throw Something Back

22 Aug 2021, 08:46 UTC · By: Daniel Patrascu / Come next fall, humans will know for sure if asteroid deflection is something that can be considered in the fight to defend our planet from space rocks

Humans Poked an Asteroid. Next Century, the Asteroid Might Poke Back

21 Aug 2021, 09:00 UTC · By: Daniel Patrascu / After crunching in all the number from the OSIRIS-REx spacecraft, NASA is confident it now know more about the possible trajectories of asteroid Bennu

NASA Will Try to Deflect an Asteroid, Space Impact Coming Next Fall