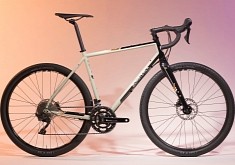 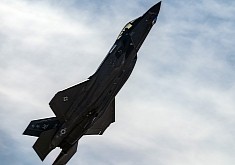 27 Feb 2019, 15:47 UTC · By: Daniel Patrascu / While on a mission, the drone uses its AI, for instance, to maintain the distance between it and the aircraft it accompanies

11 Jan 2019, 11:00 UTC · By: Daniel Patrascu / When the siren of an ambulance is heard, that ambulance, along with the direction it is approaching from, appears on the HUD

21 Dec 2018, 14:03 UTC · By: Daniel Patrascu / Kia will show at CES an artificial intelligence can pick up and interpret bio-signals and then optimize the vehicle cabin space accordingly

Artificial Intelligence Can Now Design Cars And They Look Eerie

18 Dec 2018, 07:54 UTC · By: Andrei Tutu / The contraptions sitting before were design entirely by artificial intelligence, after a team of NVIDIA researchers trained AI for one week

17 Oct 2018, 09:57 UTC · By: Daniel Patrascu / Pre-order books for the Tarform electric motorcycle are now open, production of the bike to begin by the end of next year.

12 Apr 2018, 07:09 UTC · By: Daniel Patrascu / Porsche and UnternehmerTUM partner for the development of an AI system capable of data-based product development and predictive maintenance.

22 Feb 2018, 12:29 UTC · By: Daniel Patrascu / Audi working on virtual reality holodeck technology that would allow it to create and test future models without actually building them

6 Feb 2018, 10:57 UTC · By: Daniel Patrascu / The artificial intelligence cars will be based on a mix between the NVIDIA DRIVE platform and Continental's driver assistance systems

31 Jan 2018, 12:34 UTC · By: Daniel Patrascu / Chinese online giant is expanding the reach of its City Brain artificial intelligence system to Malaysia, the first time the AI is used outisde China

8 Nov 2017, 12:38 UTC · By: Vlad Mitrache / Two of the most influential companies in their own fields of activity get together in a common project meant to provide a boost in three areas

Elon Musk Gets Called Out by AI Robot Sophia During Interview

26 Oct 2017, 15:04 UTC · By: Vlad Mitrache / The anti-artificial intelligence comments made by Musk did not go unnoticed by Sophia, a human-like robot created by Hanson Robotics

Elon Musk Ruined eSports With an A.I. Bot, But It Has Further Implications

Autonomous Passenger Planes Might Not See All That Many Passengers, Study Shows

8 Aug 2017, 11:03 UTC · By: Vlad Mitrache / With the adoption rate of the driverless cars still quite low, it's no surprise that people aren't too crazy about the idea of being flown by an AI

Cars of the Future Will Be Able To Understand Your Emotions, Will Adapt To You

10 May 2017, 17:29 UTC · By: Sebastian Toma / A company named Affectiva has developed a system that employs sensors to understand human emotions. It can be used in cars to understand the driver's mood

Toyota Concept-i Is the Automotive Equivalent of an Emoji Icon