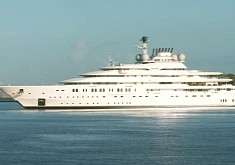 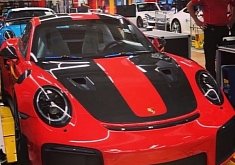 28 Aug 2022, 05:15 UTC / For a brief moment, this vintage Bentley was the most expensive of its kind of the world, but only because of its illicit contents

Think Before Attenting a Street Takeover in Los Angeles, as LAPD Will Tow Your Car

22 Aug 2022, 10:49 UTC / Street takeover participants risk getting their vehicles impounded for up to 30 days in Los Angeles. Even spectators might get their cars impounded

26 Jul 2022, 09:17 UTC / A Las Vegas man who enjoyed driving his Camaro SS a little too fast was arrested after being caught speeding twice in a matter of minutes

25 Mar 2022, 10:29 UTC / Australian jeweler Jean Wimmer was arrested and charged for drug offenses, and four of his luxury vehicles were seized, including the one-off Harley

Have Radio, Will Broadcast: Man Taps into Police, Airport Frequencies from Home

30 Jan 2021, 07:20 UTC / Berlin police arrest man who has been using two radios to contact passenger and transport aircraft from his own home, impersonating an aviation official

1 Jul 2020, 04:40 UTC / The football pro told police he had “no idea” how the car got there, swore he wasn’t drunk. He was arrested for DUI and reckless driving

17 Dec 2019, 22:15 UTC / Drunk driver was so out of it he didn’t even realize he’d lost a tire during the ride. He was also driving on a suspended license and didn’t have insurance

5 Oct 2019, 21:34 UTC / Brenden Wysynski, 18, fitted his car with makeshift police lights and went out on the town, when he was spotted by a real cop from the Albuquerque PD

2 Oct 2019, 15:36 UTC / The 63-year-old man had been imprisoned for serious crimes and escaped in 2002. Chinese police tracked him down with a drone and later arrested him

Man Busted with 1,130 Marijuana Plants in Van Tries to Pass Them for Peppermint

26 Sep 2019, 21:43 UTC / Spanish police pulled over the driver for an “irregular maneuver,” found the van packed with marijuana plants. Driver was also charged with a crime against publ

25 Sep 2019, 15:58 UTC / Ontario Provincial Police arrest impaired driver during traffic stop, nab another the next day, when a friend comes to pick up the first driver from arrest

Man Charged for Car Surfing at 70 mph and Blowing Kisses, Will Fight It

18 Sep 2019, 13:27 UTC / Ronnie B. Sellars says he and his wife, who was driving, were celebrating her birthday by having a “little parade” of their own, so they shouldn’t be charged

17 Sep 2019, 13:16 UTC / Following several months of media frenzy, tons of memes, hashtags, and discussions on the topic, the event seems to be all but canceled

Bank Accidentally Deposits $120K in the Wrong Account, Couple Spends It on Cars

10 Sep 2019, 20:21 UTC / Robert and Tiffany Williams of Montoursville, Pennsylvania did not call the bank about the error but spent most of the money in under 3 weeks

Gorgeous Utah Woman Tries to Pass for Her Daughter During Traffic Stop, Fails

3 Sep 2019, 16:38 UTC / Heather Garcia was wanted on outstanding warrants, thought she could outsmart the cops by pretending to her be own daughter. She is back in jail

Rebellious Dude Drives Off After Court Hearing Banning Him From Driving

3 Sep 2019, 13:19 UTC / The convicted drunk driver was observed by an Orangeville police officer getting into his car and driving off, minutes after he’d been served a 1-year driving b

3 Sep 2019, 12:11 UTC / The Infrastructure Protection Act says people must only buy boarding passes at Changi Airport if their intention is to fly. Otherwise, they risk heavy fines and

22 Aug 2019, 14:05 UTC / A 70-year-old man from Marietta, Georgia, had a running practical joke with a friend, and it ended in a terrorist alarm for the police and the bomb squad

Not a Good Plan: Shooting Suspects Hail Uber to Get Away, Don’t Make It Far

21 Aug 2019, 15:59 UTC / Des Moines police were able to arrest 4 juvenile suspects believed to have been involved in a shooting because they used an Uber as a getaway car