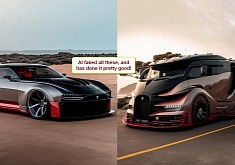 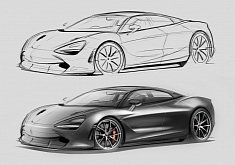 2 Nov 2015, 10:42 UTC · By: Ionut Ungureanu / China under Mao dreamed they could one day build an air transport industry. Today, that era has started and has no other place to go than up

Chinese Villager Builds His Own Zeppelin, Proves It Can Fly

29 Oct 2015, 16:51 UTC · By: Ionut Ungureanu / Some people love cars and spend their lives trying to create the perfect automobile. Others love aircraft, just like this farmer who built his own Zeppelin

Weird Nazi Toys: Messerschmitt Me-163 Komet Is a Rocket Interceptor

22 Oct 2015, 14:34 UTC · By: Ionut Ungureanu / The German Zeppelin was a lot different than what the Chinese have recently tested, but it does look similar up to some point

20 Oct 2015, 08:13 UTC · By: Ionut Ungureanu / Laser weapons are the next big thing in military development, and Lockheed Martin wants to be the first to deliver one heck of a jet

15 Oct 2015, 14:40 UTC · By: Vlad Mitrache / Millions of dollars worth of military equipment, and in the end, it all comes down to one very mundane car and the radio operator it carries inside

14 Oct 2015, 10:02 UTC · By: Ionut Ungureanu / While some people out there are struggling with what is commonly known as "1st world problems," others are too poor to even set foot in a plane

2 Oct 2015, 11:15 UTC · By: Mihnea Radu / Wondering what those ugly war birds Russia is using to bomb the Syrian rebels are? So were we and we made a story about it

You Can Pre-Order a WWII German Jet Built New

21 Sep 2015, 12:23 UTC · By: Ionut Ungureanu / There have been many crimes during the biggest wars in history, but there were also some technological evolutions worth mentioning

1 Sep 2015, 10:11 UTC · By: Ionut Ungureanu / Fuel efficiency is a matter that concerns all means of transportation, not just cars. Therefore, aeronautic companies are looking for new technologies

11 Aug 2015, 17:15 UTC · By: Ionut Ungureanu / Ettore Bugatti had several plans to create the fastest vehicles in the world. But he also wished he could do the same with an aircraft

5 Aug 2015, 11:35 UTC · By: Ionut Ungureanu / Concorde was one of only two supersonic aircraft that ever entered commercial service. Yet, it was still about two times slower than what Airbus has in mind

Watch the Moment a MiG-29 Jet Fighter Takes Off Vertically

28 Jul 2015, 15:04 UTC · By: Ionut Ungureanu / Before the dissolution of the Soviet Union both the Eastern countries and the Western ones would constantly develop new war technologies

The Uber of the Skies Has Jay Z’s Money, and It’s Growing Big

18 Jun 2015, 15:17 UTC · By: Ionut Ungureanu / Watching this 4-year-old girl enjoying an aerobatic flight while her father is the pilot is simply adorable. And you don't have to be a parent to call it that

12 Jun 2015, 08:59 UTC · By: Ionut Ungureanu / It may cost a quarter of a billion dollars, but the new Boeing 787-9 Dreamliner has some really impressive features. It's also energy efficient

27 May 2015, 12:16 UTC · By: Ionut Ungureanu / The Matrix may have been a science fiction, but the US Air Force's new drone featuring an electromagnetic pulse weapon apparently is not

Mil Mi-14, the Russian Sub Hunting Helicopter That Can Land on Water

19 May 2015, 15:34 UTC · By: Mihnea Radu / Rumor has it that Russian government wants to have a sub hunter again and will put the Mi-14 back in production. Let's hope it will hope better than the tank