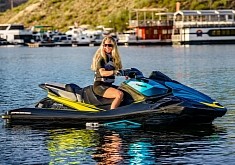 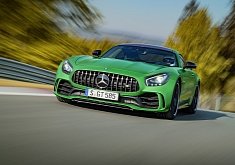 Xiaomi to Unveil Prototype of Its First Car in August, Might Have a Familiar Silhouette

18 Jul 2022, 12:23 UTC / Xiaomi, one of the many tech companies that work on electric vehicles, will unveil the engineering prototype of its first car in August

27 Mar 2022, 01:00 UTC / Xiaomi is one of the tech giants that are currently working on an ambitious expansion in the automotive market as part of a $10 billion project

Xiaomi Says Car Production to Start in the First Half of 2024, Still All-In on Phones

28 Dec 2021, 00:00 UTC / Company founder Lei Jun has confirmed the development of the Xiaomi car is going much faster than anticipated, with the production to start in 2024

Xiaomi Planning to Open 30,000 Stores as It Prepares the Car Offensive

7 Nov 2021, 07:57 UTC / The Chinese phone maker has already confirmed its automotive ambitions, with a car to be launched by 2024, according to company officials

21 Oct 2021, 21:52 UTC / Company CEO confirms the development of the EV goes faster than anticipated, so the mass production should start in 3 years

Xiaomi to Launch Its Apple Car Rival in 2024

11 Sep 2021, 05:20 UTC / People with knowledge of the matter say the Chinese tech giant plans to officially take the wraps off its first electric vehicle in 3 years

8 Sep 2021, 07:06 UTC / A new set of renderings envisions a so-called Xiaomi M1, an electric car built by the Chinese tech behemoth and expected in the next few years

27 Aug 2021, 05:11 UTC / The Chinese tech behemoth has already confirmed it wants to invest $10 billion in the next 10 years to build an electric vehicle business

22 Aug 2021, 16:13 UTC / The Chinese tech giant reportedly wants to build the car from scratch without any help from traditional automakers, and is now seeking production partners

2 Aug 2021, 06:43 UTC / Xiaomi, who has already confirmed it’s building its very own electric vehicle, is now looking for engineers to work on a level 4 model

15 Jun 2021, 08:23 UTC / The Chinese tech giant has recently posted job ads for a series of role related to its EV project, including high-precision maps likely used for AV driving

Xiaomi Starts Looking for Someone to Build Its Apple Car Rival

13 Jun 2021, 13:54 UTC / Xiaomi CEO has reportedly visited Great Wall Motors, and while no specifics have been provided, it’s believed the purpose was to discuss a manufacturing deal

Xiaomi Trademarks the “Internet of Vehicles” as Part of Car Project

11 May 2021, 08:26 UTC / Xiaomi has recently applied for trademarks for new EV-related products, including a so-called “Internet of Vehicles” project

12 Apr 2021, 05:59 UTC / Xiaomi has recently decided to step into the car industry with its very own EV project, as the company will invest $10 billion for the expansion

Xiaomi’s First Car Will Be Either an SUV or a Sedan, Pricing Details Also Shared

Carmaker Says It's Ready to Work With Tech Giants, Including Maybe Even Apple

31 Mar 2021, 06:12 UTC / The Chinese tech giant will invest a total of $10 billion as part of a wholly-owned subsidiary that would support the company’s expansion in the EV industry

Xiaomi Says It’s Not Working on a Car, Announcement Still Likely in April

29 Mar 2021, 06:57 UTC / Chinese tech giant executive explains in a statement on social media that reports on a Xiaomi car aren’t true; the message has already been removed

Unlike Apple, Xiaomi Has Already Found a Carmaker to Build Its EV

27 Mar 2021, 08:07 UTC / And an announcement could be made as soon as the next week, as the production of a Xiaomi electric vehicle is just a matter of time now