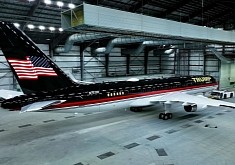 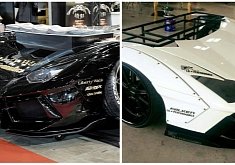 3 Dec 2022, 16:04 UTC · By: Răzvan Măgureanu / New details about Isotta Fraschini's racing model have emerged. The car is meant to race in the 24 Hours of Le Mans and the World Sports Car Championship

16 Sep 2022, 19:08 UTC · By: Bogdan Bebeselea / We have all seen Nyck de Vries outperform Nicholas Latifi during the Italian GP in Monza but it seems the Dutch driver might also take his spot at Williams

Assetto Corsa Ford Motorhome Now Has an F1 Engine Inside, It's as Fun as It Sounds

16 Jul 2022, 22:57 UTC · By: Dragos Chitulescu / We've done it again, only this time we're trying trying out several F1 engines inside of our track-ready Ford Motorhome.

29 Jun 2022, 11:01 UTC · By: Sergiu Tudose / After struggling for most of the year, Williams is finally ready to introduce a major upgrade package at this weekend’s British Grand Prix

17 Jun 2022, 08:25 UTC · By: Sergiu Tudose / Even though they’ve secured three points so far this year, thanks to Albon’s performance in Australia and Miami, Williams have still struggled with overall form

6 Jun 2022, 09:17 UTC · By: Sergiu Tudose / Alex Albon was brought on by Williams team boss Jost Capito to replace George Russell, who has since moved on to Mercedes-AMG

16 May 2022, 14:47 UTC · By: Silvian Irimia / Reigning Formula E champion Nick de Vries will make his Grand Prix debut later this week in Spain. During the FP1 session he has the chance to show his skills

Williams Tweaks Livery in Order to Save Weight, Showing a Lot of Exposed Carbon Fiber

21 Apr 2022, 09:28 UTC · By: Sergiu Tudose / Williams has joined other teams such as Aston Martin and McLaren in stripping away paint from their cars in a bid to lose excess weight

13 Apr 2022, 09:14 UTC · By: Sergiu Tudose / Williams’ Alexander Albon started the race in Melbourne from the back of the grid, but was helped by multiple safety car and VSC periods

30 Mar 2022, 09:19 UTC · By: Sergiu Tudose / This year’s Goodwood Festival of Speed will take place between 23-26 of June, offering visitors unrivalled access to F1 cars, drivers and teams on location

Own F1 History: Nigel Mansell Is Selling His Ferrari and Williams Race Cars

8 Feb 2022, 13:47 UTC · By: Sergiu Tudose / Project Triumph TE-1 has just spawned its first-ever prototype, born out of a unique collaboration between Triumph and Williams Advanced Engineering

24 Jan 2022, 15:07 UTC · By: Sebastian Toma / Williams Advanced Engineering will be acquired by an Australian company that is specialized in mining iron ore. They were already working together

Formula 1 Driver Speaks Out About Abuse on Social Media, Including Death Threats

22 Dec 2021, 10:32 UTC · By: Sebastian Toma / Williams driver Nicholas Latifi has made a statement regarding his experience on social media since the last F1 race of the season. It is concerning

The Renault Clio Williams: An Antidote to the Might VW Golf GTI Reign

17 Dec 2021, 09:25 UTC · By: Humphrey Bwayo / The Renault Clio Williams Homologation Special is a classic 90s hot hatch that came and put an end to the legendary Peugeot 205 GTI long reign of terror