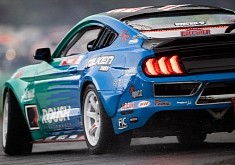 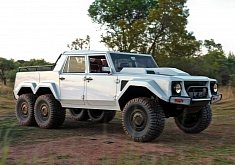 Lamborghini LM002 6x6 "Safari" Is a Luxury Den, Has a Lounge in Its Bed

27 Jul 2016, 14:26 UTC / According to a report, some of the Dieselgate-affected vehicles sold in the USA could still be driven without being fixed, even after the settlement

27 Jul 2016, 08:07 UTC / VW has announced it has received the preliminary approval of its settlement plan for US customers of vehicles with 2.0-liter TDI engines affected by Dieselgate

20 Jul 2016, 08:10 UTC / Volkswagen USA representatives have confirmed the brand will no longer push its diesel engines on the US market, even though they might not ditch them for good

Volkswagen Will Begin the Dieselgate Recall for Golf Models in Europe

14 Mar 2016, 09:35 UTC / A former Volkswagen USA employee is seeking damages in court from the German company after losing his job because he tried to stop a coworker from deleting data

Volkswagen Is Closing In on Final Deadline for Dieselgate Fix, US Judge Says

28 Feb 2016, 15:25 UTC / An US Federal Judge has set March 24 as the final deadline for Volkswagen Group to disclose its full dieselgate fix procedure. "Six months is enough," he says

More Volkswagen Execs Knew About Dieselgate as Early as 2006

24 Jan 2016, 11:28 UTC / A report from German media has revealed the fact that more VW executives knew about the defeat devices on TDI engines than initially announced