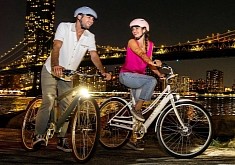 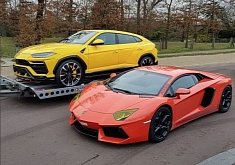 30 Sep 2021, 11:36 UTC · By: Sergiu Tudose / Back in 2016, Jaguar Land Rover filed a complaint against the VW Group over the Bentley Bentayga having similar off-road technology to that in the Range Rover

14 Sep 2021, 09:18 UTC · By: Sergiu Tudose / The Volkswagen Group, which owns brands such as Porsche and Audi, has already attended various F1 engine manufacturer meetings as an interested party

27 Mar 2021, 18:47 UTC · By: Mihnea Radu / With a Skoda supercar, you'd be the coolest dude in the soviet-era apartment building's parking lot. Take that guy with the old BMW/Audi!

Too Little, Too Late? SEAT's First Affordable Urban EV to Hit the Market in 2025

18 Feb 2021, 17:05 UTC · By: Alexandru Sincan / Skoda will use the MQB-A0 technical platform of the VW Group for a new budget-oriented, locally-assembled SUV, calibrated to successfully hit the Indian market

How Much of a Lamborghini Is the Urus?

12 Nov 2020, 09:36 UTC · By: Vlad Radu / The Lamborghini Urus SUV shares a lot of components with other vehicles from the Volkswagen Group so is it still a Lamborghini?

Volkswagen Announces New Record Sales for 2017, But Is it Enough?

Audi And Porsche Are Recalling Almost 300,000 Vehicles Sold In the USA

15 May 2017, 14:20 UTC · By: Sebastian Toma / Audi and Porsche, two subsidiaries of the Volkswagen Group, have expanded an existing recall campaign with almost 300,000 units. They want to replace a flange

21 Apr 2017, 09:21 UTC · By: Sebastian Toma / SEAT has announced it has made the decision to invest 900 million euros in its facilities in Spain to enable the manufacture of the next Ibiza and Arona

Audi and Porsche Sign Platform Sharing Deal, This Should Be Good For Everyone

19 Jan 2017, 09:32 UTC · By: Sebastian Toma / Volkswagen has shifted its strategy, and electric vehicles have become a priority. With a new platform at hand and a family in plan, VW could offer a sports car

Volkswagen Agrees to Pay the DOJ $4.3 Billion Over the Dieselgate Fiasco

11 Jan 2017, 09:20 UTC · By: Sebastian Toma / Volkswagen has confirmed an agreement with the Department of Justice regarding a fine of $4.3 billion over the Dieselgate fiasco

Volkswagen Wants To Hire 1,000 International IT Experts Over The Next Few Years

30 Dec 2016, 10:26 UTC · By: Sebastian Toma / Volkswagen has pledged to hire about 1,000 IT experts from across the world. They will work to develop new technologies, and will coordinate digitalization

Porsche Wins Another Court Battle Regarding Its Failed Takeover of Volkswagen

23 Dec 2016, 12:42 UTC · By: Sebastian Toma / Germany's Federal Court of Justice has dismissed a billion euro claim from Porsche regarding the Volkswagen takeover. An American company sued Porsche and lost

Volkswagen Signs Canada's Biggest Settlement Ever Because of Dieselgate

20 Dec 2016, 09:12 UTC · By: Sebastian Toma / Volkswagen has agreed to pay damages to its Dieselgate-affected customers in Canada, along with a buy-back possibility for each car involved.

Audi A2 Could Return On The Market As An MPV

16 Dec 2016, 09:23 UTC · By: Sebastian Toma / Audi has thought about offering another A2, but it never made it to production. However, there's still a shot for the nameplate to return, but as an MPV

Volkswagen's Arteon Four-Door Coupe Could Get a SEAT Version

9 Dec 2016, 09:27 UTC · By: Sebastian Toma / SEAT might introduce a new four-door model in its range by 2020. The Spanish brand might get a version of Volkswagen's Arteon four-door coupe

2 Dec 2016, 12:57 UTC · By: Sebastian Toma / Lamborghini's lineup is about to expand with an SUV, which would be the first all-new body style in over two decades. However, an entry-level is considered