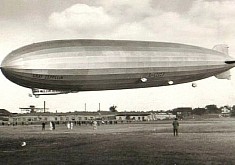 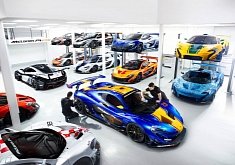 A Third of the World's McLaren P1 GTRs in One Picture

12 Jul 2022, 06:18 UTC / Jim, a virtual artist better known as “jlord8” on social media, knows how to make a comeback and now follows up with another Sierra-based CGI hoot

24 Jan 2022, 09:18 UTC / The British Royal Force, the U.S. Air Force, and the Australian Air Force are developing their capabilities in the U.S.-based Red Flag major exercise

O.G. Sports SUV: 1992 GMC Typhoon Is a Quick Blast With an Interesting Past

18 Oct 2021, 08:56 UTC / Pixel master Oscar Vargas (aka “wb.artist20” on social media) has revisited one of his earlier GMC reinventions and applies the same styling to a 1990s sibling

1992 GMC Typhoon Is a Twin-Turbo Sleeper, Makes More Power Than a Shelby GT500

5 Apr 2021, 20:09 UTC / This is exactly the kind of vehicle you would expect to easily outrun going off the line at a stoplight, only to have it gap you like there's no tomorrow

22 Sep 2011, 15:06 UTC / The powerful Typhoon Roke has hit Japan and four deaths have already been reported in a country that has not fully recovered from the massive and widespread earthquake and tsunami from this spring. ...

27 Jan 2010, 08:53 UTC / G-Power just launched a limited edition version of the BMW X5 Typhoon, called “Black Pearl Edition”. The project is based on the X5 Typhoon, but has a different black paint, a new bodyki...