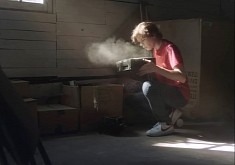 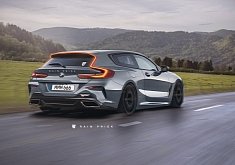 Home > News > Autoevolution's Tuning Month
Vehicles to move us to and fro have been around for more than a century, and have been made in such huge numbers that it’s literally impossible to know how many of them, cars or motorcycles, came and went since the first one rolled under its own power.

Now, take that huge, yet unknown number, and multiply it several times. It’s a pointless exercise, we know, but one that gives us a sense of the endless reservoir of customized, bettered, or transformed machines that has been building up over the decades.

Because yes, humans being what they are, they are never satisfied with something stock. Vehicles felt the full force of this reality, especially given how they’ve come to be perceived as an extension of the self.

Inspired by SEMA kicking off in November, we've decided to dedicate this month to vehicle tuning and everything it stands for. We’ll have a small army of writers going at it for 30 straight days, trying to bring to light the worthwhile, or wild, or failed projects from across the globe and ages.

We’ll of course fail in covering them all, given their incomprehensible number, but if you plan to treat yourself this November to custom, tuned or otherwise modified cars and motorcycles, this is the place to be.

16 Nov 2021, 04:10 UTC / Peter Dunkel set out to create “the mother of all multipurpose vehicles,” and he did just that. The final price tag was three times the initial budget

15 Nov 2021, 22:08 UTC / When you combine one of the worlds foremost engine builders with one of the best custom car designers you get the CF1, a stunning classic custom Corvette

15 Nov 2021, 21:45 UTC / The MGB was one of the first British sports cars to see success in America and at least a few thousand of them were imported

15 Nov 2021, 20:56 UTC / With a nitrous-fed supercharged LSA and a completely new bespoke chassis, this amazing vehicle is probably the coolest 1970s Cutlass 442 in existence

We Ride in the First 1,000-Horsepower Jeep Gladiator From America's Most Wanted 4x4

15 Nov 2021, 18:19 UTC / Riding in this 1,000 horsepower Jeep Gladiator proved that it wasn't just fast but that it is also a marvel of engineering by America's Most Wanted

15 Nov 2021, 14:52 UTC / This Bel Air might look like it just came out of a junkyard, but it's actually a hot rod with a beefed-up Corvette engine under the hood

Novitec Plays Spot the Changes With the Ferrari Roma, and There Are a Lot of Them

15 Nov 2021, 11:10 UTC / From the enhanced aerodynamics to the new wheels and punchier engine, Novitec's tuned Ferrari Roma has them all, and then some

2002 Harley-Davidson V-Rod Goes Turbo and Then Some

The Chevy 789 Is an Elegant Frankenstein Monster With ‘50s Style

14 Nov 2021, 16:47 UTC / Two tuned sports sedans are about to go head-to-head down the quarter-mile and it's going to be a very evenly-matched challenge to say the least

13 Nov 2021, 16:33 UTC / This AWD Ford Transit has been upgraded and modified heavily to accommodate an off-grid and off-road lifestyle. Equipped to the teeth with systems

Powered by a Modern 392 HEMI, the Ringbrothers 1969 Charger Is Restomod Perfection

12 Nov 2021, 15:55 UTC / With classic looks and a wide range of modern upgrades, the Ringbrothers Defector might be the best 1969 Charger restomod ever

12 Nov 2021, 12:50 UTC / A Pontiac Fiero replica car emerges from hiding after at least 4 years with hopes the phrase “barn find” will make it more appealing