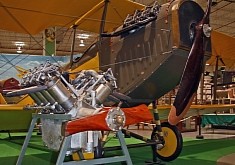 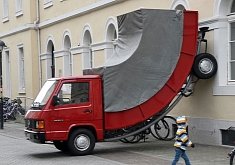 Home > News > Autoevolution's Travel Month
Travel freeze and travel ban. These are two of the most widespread expression we’ve heard back in 2020, when the health crisis was at its peak, and the end of the tunnel was not even in sight. Granted, the thing is far from over, but for some time now people started doing what they like most once more. And that includes lots and lots of travel.

In most parts of our planet, it’s summertime, and that means large groups of people are moving to and fro. They do so by plane, car, boat, motorcycle, bicycle… Some, like the billionaires of the world and other lucky few, are even climbing in spaceships to reach the boundary between our home world and the mysteries of the great unknown.

For more than a year now, autoevolution has been running special monthly coverages on various topics. We mostly focused on precise things, such as a variety of carmakers or bike makers. But this August we’re going to do things differently.

In August, we’re celebrating travel here at autoevolution. That’s right, it’s Travel Month, and we’re not going to see just one type of vehicle being ripped apart and exposed for you all to see, but a great variety of them.

We’re going to talk about the machines we use to travel on the road, on the water and under it, in the sky, and in space and elsewhere – in essence, everything and anything designed to take humans outside the confines of their own dwellings. Enjoy!

26 Aug 2021, 03:16 UTC / Trailerduck is self-propelled, taking cues from sensors mounted in the drawbar. The makers promise it will also work without a towing vehicle in the future

25 Aug 2021, 13:50 UTC / You could probably leave this monstrosity of a motorhome with the engine running in most parts of the world, and no one would steal it.

25 Aug 2021, 11:17 UTC / This personal submarine costs $1.5 million, is completely electric, fits two occupants, and you can even enjoy a ride on one at some luxury resorts.

The ZUV Tricycle Is Quite Ugly, but It Still Puts Your e-Bike to Shame

25 Aug 2021, 09:57 UTC / With impressive range, luxurious amenities and packing plenty of gear, Exploris is (theoretically) ready to go where no other superyacht can

Have $15K? Find a Used Ambulance and Transform It Into a Mind-Blowing "Campulance"

25 Aug 2021, 08:59 UTC / This vehicle is a retired ambulance that seems to already include over 80% of the features an RV owner desires. Plans are to make this puppy fully off-grid.

25 Aug 2021, 04:43 UTC / The Renault Trafic conversion is a nearly complete solution perfect for a small family to get a taste of the nomadic life, coming to European markets

24 Aug 2021, 10:00 UTC / This travel trailer features a complete fiberglass monocoque shell meant to keep the elements out and comfort in. Boasts a full-feature interior.

Rex Superyacht Explorer Concept Is the True King of the Seas

23 Aug 2021, 10:15 UTC / For the sophisticated rider, there’s now a gorgeous piece of furniture that allows you to turn your bike into a display, fit for a work of art

23 Aug 2021, 02:16 UTC / This school bus conversion is simple and retro on the outside and utter luxury and comfort inside. It even includes a platform patio extension.

22 Aug 2021, 21:23 UTC / This American design teardrop trailer is the work of a U.K.-based restoration team with a knack for bringing back Airstream vehicles from the dead with style.

22 Aug 2021, 04:26 UTC / Storck Bicycles and Porsche Digital deliver a premium e-bike for the modern rider, suitable both for the daily commute and rougher terrains

The Hippie Caviar Hotel Is a Dreamy, Retro and Luxe Electric Campervan

21 Aug 2021, 02:51 UTC / Renault imagines a very bright future, inspired by the casualness of the ‘70s but still technologically advanced, so you can unleash the hippie in you in luxury

20 Aug 2021, 19:50 UTC / This pre-fabricated home is set upon a powder coated frame and cast iron wheels. Inside, a customizable space for a family of four is created.

The Futuria Sports + Spa Motorhome Comes With Garage and Jacuzzi, Your Own Nightclub

20 Aug 2021, 13:06 UTC / If you’re going to take your home on the road, it might as well be a luxury condo by the track, complete with sundeck and jacuzzi, and a garage for the car

20 Aug 2021, 06:07 UTC / Combining elements from naval design, and the automotive and aerial industries, this luxury boat of the future is the future of sustainable water travel