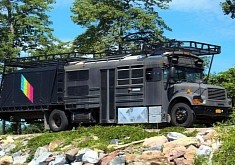 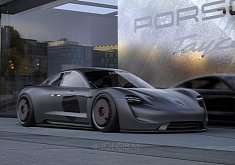 Lexus Reveals New Images of the RZ 450e, Its Version of the Toyota bZ4X

4 Feb 2022, 13:07 UTC · By: Gustavo Henrique Ruffo / If Lexus managed to get that sort of visual differentiation compared to the electric Toyota, what prevented Subaru from doing the same?

15 Dec 2021, 12:46 UTC · By: Cristian Gnaticov / The Toyota bZ4X electric crossover is offered in four trim levels in the United Kingdom. Sales will officially commence next year

Toyota bZ4X Will Arrive in the U.S Before the Nissan Ariya With 250-Mile Range

17 Nov 2021, 16:17 UTC · By: Gustavo Henrique Ruffo / Although Toyota wanted to keep its bet on hybrid cars for as long as possible, that did not stop it from getting to market earlier than Nissan

12 Nov 2021, 09:09 UTC · By: Aurel Niculescu / That's according to the imaginative mind of the virtual artist behind the “X-Tomi Design” account on social media, who cooked up the expected sporty changes

29 Oct 2021, 06:48 UTC · By: Gustavo Henrique Ruffo / To be honest, it’s more than just a steering yoke: it mixes Peugeot’s i-Cockpit system with a steer-by-wire system called One Motion Grip

7 Sep 2021, 19:00 UTC · By: Gustavo Henrique Ruffo / The company’s new electric vehicle would also have a 30% more affordable battery pack. By 2030, Toyota expects battery packs will cost half that much.

2 Jun 2021, 12:06 UTC · By: Daniel Patrascu / Toyota working on its first-ever electric SUV, a RAV4-sized monster developed together with Subaru on a dedicated EV platform