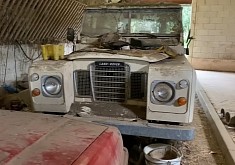 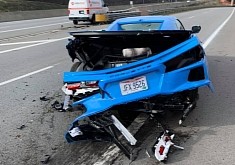 2020 Chevrolet Corvette Rear-Ended by Van, Looks Like an Insurance Write-Off

29 Sep 2020, 15:24 UTC / The Tiguan X makes its world debut today in Beijing, one of the few cars being shown there that we can actually identify

2022 Volkswagen Tiguan X Coupe Is Happening, and Here's What It Will Look Like

The Tiguan Is Volkswagen's Best-Selling Vehicle, 2021 Facelift Gets Teased

17 Apr 2020, 21:57 UTC / The Volkswagen Tiguan will probably get a web debut in about a month. The mid-life facelift will add new tech, but will the fresh look be as popular?

1 Apr 2020, 20:08 UTC / In other news, both these cars should also get R performance versions, so it's not all about saving fuel with Volkswagen

15 Jan 2020, 13:32 UTC / This is just the European model getting a facelift and probably engine updates. In America, the Tiguan will soldier on the way it is for at least another year

VW Tiguan Going to Get Facelift Look in China

28 Dec 2012, 17:33 UTC / It’s interesting to see what cars end up looking like when they are built in China using Chinese parts suppliers. For example, spy shots of a refreshed VW Tiguan testing in China have emerged....

28 Jul 2011, 14:54 UTC / Considering that the Tiguan has been on the market since 2007, it was about time the German automotive producer offered it a new identity. And so it did, with the introduction of the Volkswagen Tigu...

3 Feb 2011, 20:24 UTC / Even though this is not necessarily one of those highly-anticipated vehicle releases, the arrival of the facelifted Volkswagen Tiguan has gathered a certain level of attention, since a brochure of t...