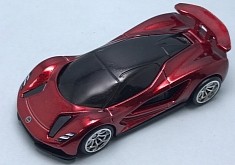 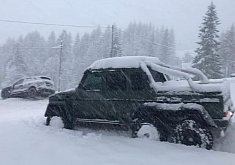 29 Sep 2022, 08:01 UTC · By: Cristian Agatie / Another video surfaces showing Tesla FSD Beta software avoiding a head-on collision by swerving to the adjacent lane even before the driver could react

Tesla FSD Beta 10.69.2 Proceeds in Intersection on a Red Light in New York

19 Sep 2022, 09:44 UTC · By: Sebastian Toma / Tesla's latest FSD software is being tested by a broader audience now. There are still hiccups, and one vehicle gently proceeded on a red light in NYC

Tesla Rolls FSD Beta 10.69.2 to a Broader Audience, Is Overly Cautious Around Pedestrians

9 Sep 2022, 14:04 UTC · By: Cristian Agatie / Euro NCAP released the crash results for the Model Y, showing that Tesla’s assistance systems are the best in the world, contrary to other people’s claims

5 Sep 2022, 09:00 UTC · By: Cristian Agatie / A Canadian driver was caught sleeping behind the wheel of his Tesla, fueling the backlash against Tesla FSD in California and elsewhere

1 Sep 2022, 09:58 UTC · By: Cristian Agatie / California bill that aims to block Tesla’s use of “Dull Self Driving” name has passed the state’s Senate and is now awaiting approval from Governor Gavin Newsom

Not Even the NHTSA Can Unlock the FSD Beta on Its Cars, Tesla's Help Was Requested

17 Aug 2022, 10:17 UTC · By: Cristian Agatie / An interesting document shared online shows that the NHTSA has not been able to unlock the FSD Beta on its cars, but Elon Musk promised to help

Xiaomi Is the Next To Steal Tesla's Limelight, Epic CyberOne vs. Optimus Bot Battle Ahead

12 Aug 2022, 15:38 UTC · By: Cristian Agatie / Xiaomi has introduced its CyberOne humanoid robot to the world and will challenge Tesla on more than electric vehicles and autonomous driving

Watch DeepRoute.ai Navigate Like a Seasoned Driver Through the Traffic Chaos of Shenzhen

5 Aug 2022, 09:43 UTC · By: Cristian Agatie / Shenzhen has officially allowed driverless cars on the road from August 1, so DeepRoute.ai seized the opportunity to demonstrate its driverless software prowess

25 Jul 2022, 16:19 UTC · By: Cristian Agatie / Badly painted lane lines on a road in Hollister, California, don’t seem to affect Tesla FSD’s ability to navigate, although most people were confused

Tesla Starts Rolling Out FSD Beta 10.13, Coming With a Long List of Updates

GM's Automated Driving System Might Be Good, but It Still Needs to Learn From Tesla

29 Mar 2022, 15:29 UTC · By: Cristian Agatie / GM has been benchmarking the Tesla Smart Summon feature on Model 3, showing that even the best automated-driving systems on the market need to learn from Tesla

4 Mar 2022, 14:40 UTC · By: Cristian Agatie / Musk invited Qin Gang, China's ambassador to the U.S., to take a ride in the autonomous-driven Tesla Model S Plaid, which the diplomat appreciated as “smooth”

29 Jun 2021, 16:21 UTC · By: Gustavo Henrique Ruffo / Although that order includes all automakers with these driving aids, it is clearly a message from NHTSA to Tesla, Autopilot, and FSD.