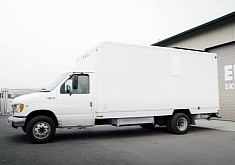 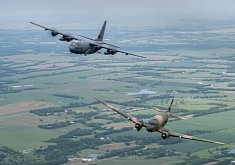 AC-47 Spooky Meets Up with AC-130J Ghostrider in the Air, One Is Decades Older

28 Jun 2020, 04:01 UTC / Chen Sanyuan has secured a sponsorship from ASUS, which means he can ride a bike like no other in this world, made to catch Pokemons

4 Jun 2020, 05:54 UTC / Viral video shows white object “mysteriously” bouncing down the highway and making its way inside the truck from where it fell

20 Dec 2018, 09:07 UTC / A 20-year-old college dropout from Taiwan makes national headlines, prompts huge wave of sympathy and donations, to help him cover the bill for the damages caus

18 Oct 2018, 15:12 UTC / 46-year-old Chen told police she was very tired and happened to nod off just as she was on the crossing, having missed the signals that the train was coming

13 Sep 2017, 16:43 UTC / Mark Taiwan on the map of electric vehicle makers as well because that's where Thunder Power, a former power tool maker, is coming from

6 Jan 2017, 14:41 UTC / Some people who live life to the fullest apparently want to continue doing that even after they're dead. This Taiwanese politician was probably a hoot

31 Dec 2016, 10:43 UTC / An accident in Taiwan has showed us why it is important to keep your calm behind the wheel. This video shows what can happen if you panic while driving

12 May 2016, 19:37 UTC / One middle-aged Taiwanese woman is willing to risk her life for what seems like a minor offense by hanging on to her car as it's being towed away

3 Oct 2015, 12:51 UTC / The driver escaped unharmed, and the Taiwan Railway Administration has promised to compensate him for the damage to his car

21 Sep 2015, 16:06 UTC / Driving on the highway can come off as a pretty simple task, but some people prove us time and time again that it's not for everybody

Taiwanese Boobkhana Has Stig Drifting a Trike and Screaming Girls

29 Jun 2015, 17:18 UTC / We never expected the sequal to Ken Block's videos to come from a team of Taiwan drifters. If you like to see scared girls, you've come to the right place

31 May 2015, 08:18 UTC / It was only yesterday we started a series of stories on lane-splitting, and here's the exception to the rule: a silly rider getting stuck between two cars!

28 Mar 2015, 08:06 UTC / Using a scooter to ride very fast in busy traffic is a pretty risky idea. This mindless rider has just learned this lesson by his own

23 Mar 2015, 17:48 UTC / Running the red is a major cause of accidents, but many of them can be avoided if riders check the road before entering intersections

15 Mar 2015, 11:03 UTC / A speeding scooter rider apparently carrying an unhelmeted child on the bike is forced out of his lane by the centrifugal force and impact incoming traffic.

Man Borrows Lamborghini Gallardo to His Petrolhead Friend, Gets It Back Wrecked

20 Feb 2015, 10:00 UTC / A friend in need is a friend indeed, but this accident from Taiwan sure makes you think twice if you really want to borrow your expensive car to a friend

11 Feb 2015, 13:32 UTC / More than a decade after the motorcycle market in Taiwan was liberalized, Honda is upping the game and starts selling bigger bikes

The Moment a TransAsia Airplane Crashes Shortly After Takeoff Is Shocking