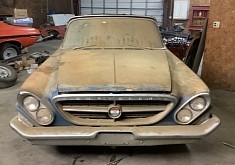 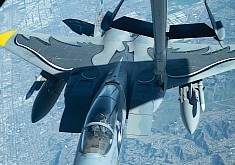 30 May 2022, 10:00 UTC · By: Sebastian Toma / A massive hailstorm hit Bulgaria this weekend and inflicted massive property damage. There is no report of any casualties, fortunately

Gorgeous, Aircraft-Inspired BMW R nineT Bike Looks Like It's Ready to Take to the Skies

NASA Ingenuity Helicopter Proves That Nothing Can Stop It, Aces Flight 19 on Mars

12 Jan 2022, 00:17 UTC · By: Florina Spînu / While dust storms are a regular occurence on the Red Planet, they can last for weeks, blocking the sunshine that powers the spacecraft

23 Aug 2021, 10:38 UTC · By: Cristina Mircea / Tropical depression Henri looks just as scary from space as it does from down here. Astronauts on the International Space Station took a photo of it.

6 Mar 2021, 09:35 UTC · By: Aurel Niculescu / Their project is literally called “STORM,” and we're dealing with a tracked and armored vehicle that can go anywher, including the open sea

28 Jun 2019, 13:08 UTC · By: Daniel Patrascu / Italian authorities take down the remaining sections of the Genoa bridge that collapsed last year, say a new bridge will be built in its place

Biker Is Struck by Lightning, Thrown Off Motorcycle, Killed

15 Mar 2019, 14:45 UTC · By: Elena Gorgan / New Mexico was blasted by powerful winds and one gust actually blew 26 cars of a freight train into a ravine, destroying them

More Than 100 Cars Burn at Storage Site During Typhoon Jebi

6 Sep 2018, 09:41 UTC · By: Elena Gorgan / Huge fire starts after flood on man-made island in Nishinomiya city, Japan, it was eventually put out with with sea water

4 May 2017, 09:27 UTC · By: Sebastian Toma / Extreme weather keeps affecting human life, and it does not look like things are going to get better. Beijing has gone trough a massive dust storm this week

Incredible Footage of Sunday's Windstorm on Board of a Ferry

15 Mar 2016, 16:45 UTC · By: Vlad Mitrache / This is a good reminder of what can happen when mother nature has had enough of us and feels it's time to show everybody who's in charge

28 Aug 2011, 13:12 UTC · By: Bogdan Popa / Hurricane Irene is still the top news subject in the United States, but besides the harm it does to American people, it will also have a negative impact on the local auto industry. Analysts and loca...

9 Oct 2010, 13:18 UTC · By: Ovidiu Panzariu / Bad news for the 24 F1 drivers on Saturday, as the predicted heavy rain that poured over the Suzuka circuit through the course of today made it impossible for them to go ahead with the planned quali...