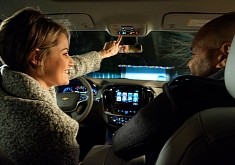 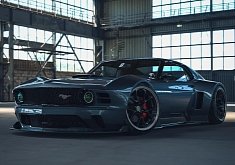 South Korea Bans Use of Recalled BMWs Until They're Fixed

14 Aug 2018, 14:20 UTC · By: Daniel Patrascu / South Koreans who chose not to hand over their BMW for inspection as stated in the recall could face jail time, according to sources.

8 Aug 2018, 07:56 UTC · By: Daniel Patrascu / BMW found a fault with the exhaust gas recirculation module in certain diesel cars that can lead to fires. Over 300,000 cars may be affected in Europe.

Hyundai-Kia Will Recall About 240,000 Cars After Whistleblower Turns Them In

15 May 2017, 16:19 UTC · By: Sebastian Toma / An experienced employee of Hyundai-Kia has told the authorities in South Korea about a potential safety defect in 12 models. A compulsory recall was ordered

10 May 2017, 12:17 UTC · By: Sebastian Toma / Autonomous cars require investments from authorities, not just automakers. South Korea figured this out, and opened the largest test center for driverless cars

9 May 2017, 16:59 UTC · By: Mircea Panait / Unfortunately it's true, the Stinger GT doesn't sound as good as it looks. Nevertheless, it's still the fastest and sportiest car in Kia's history

Kia Confuses The World With Stinger "E" Branding, It Is Not What You Think

31 Mar 2017, 17:00 UTC · By: Sebastian Toma / Kia has apparently changed its mind with the name of the Stinger, and it placed an "E" instead of its brand logo. It's only in South Korea, fortunately

10 Feb 2017, 15:21 UTC · By: Sebastian Toma / A South Korean court has ruled against Nissan in regard to its emissions scandal. Nissan insists that its models do not use emissions cheating devices

18 Jan 2017, 17:05 UTC · By: Vlad Mitrache / Hyundai's intentions of building electric vehicles have just become a lot more convincing after a battery-powered SUV has been spotted testing

3 Jan 2017, 16:26 UTC · By: Vlad Mitrache / South Korean actor manages to damage his garage, his living room, and his Tesla Model X electric SUV with just one swift press of the accelerator pedal

7 Dec 2016, 15:49 UTC · By: Mircea Panait / South Korea took yet another stand against the Volkswagen Group by applying a $32 million fine for the false advertising of TDI-engined vehicles

30 Nov 2016, 18:17 UTC · By: Alex Oagana / After the Dieselgate scandal engulfed pretty much every area of the automotive industry, emissions for carmakers have started being scrutinized more thoroughly

1 Oct 2016, 16:25 UTC · By: Sebastian Toma / Rolls-Royce is one of the brands that does everything in its power to satisfy its customers. It was only natural for them to open a permanent studio in Asia

30 Aug 2016, 12:59 UTC · By: Sebastian Toma / Volkswagen has decided against taking the state of South Korea to court over its decision to stop the sale of some of its models. VW wants to fix the problem

23 Aug 2016, 08:14 UTC · By: Mircea Panait / Three years after the start of production, the second generation of the Kia Soul has been updated inside and out for the South Korean market

2 Aug 2016, 08:32 UTC · By: Sebastian Toma / Authorities in South Korea have suspended the sale of 32 Volkswagen Group models in their market. The suspension comes from falsified noise and emission reports