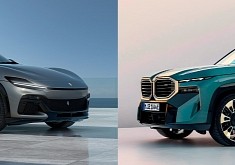 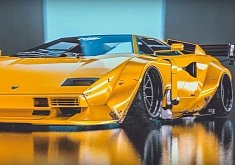 28 Mar 2019, 21:33 UTC / Russia is going to become Renault-Nissan's second biggest car market, so it's not surprising they get an SUV coupe, but will it come to the rest of Europe too?

2 May 2017, 16:00 UTC / Samsung has received the approval of the Korean Government to test self-driving car technology on public roads. It will use modified Hyundai cars for the job

Casey Neistat Builds Drone That Can Lift a Human, Uses It for Snowboarding

21 Dec 2016, 18:25 UTC / Casey recently announced he quit vlogging and after that it was discovered that his app company was sold to CNN for $20 million

Samsung Reportedly Teams Up With Tesla for Chips

11 Dec 2016, 05:50 UTC / In its effort to generate new revenue, Samsung has reportedly joined Tesla in an effort to design and produce chips tailored for autonomous driving

7 Dec 2016, 14:40 UTC / Lucid Motors and Samsung may have just announced their partnership, but they have been working together for quite some time and, apparently, with good results

12 Sep 2016, 11:47 UTC / Jeep vehicles catching fire isn't news. But a Jeep that caught fire because of an exploding Samsung Galaxy Note 7 is. Fortunately, nobody got hurt

29 Aug 2016, 11:37 UTC / Even though Sergio Marchionne has previously hailed Samsung as a good supplier and strategic partner, auto-parts division Magneti Marelli is not for the taking

9 Jun 2016, 13:21 UTC / Instead of press releases, Elon Musk prefers to address Tesla-related issues through Twitter. Recently, he denied a report claiming a link to Samsung

31 Mar 2016, 13:40 UTC / Galaxy J3 is one of the latest Samsung phones, and it comes with a rider-friendly mode that blocks incoming calls and tells callers you're riding

22 Mar 2016, 12:07 UTC / Samsung reveals a new motorcycle and scooter windshield technology that allows riders to check texts, emails, and calls without taking their hands off the bars

2 Feb 2016, 23:50 UTC / The SM6 is not just a Renault Talisman with a different badge, since it has engines and a CVT that aren't available in Europe

22 Dec 2015, 15:23 UTC / BMW, Samsung, and Panasonic are willing to get involved in the development of “intelligent assistants” for connected car technology

21 Dec 2015, 09:58 UTC / In a recent interview, Apple’s CEO Tim Cook hasn’t denied, nor has he confirmed the rumor that his company might be working on a car

10 Dec 2015, 14:28 UTC / The electronic giant has recently announced its interest in the automotive market, by developing next-generation parts for self-driving cars

28 Aug 2015, 13:06 UTC / The EV industry may still be quite small, but it appears that the automotive world has forgotten about e-bikes. They are growing quite fast