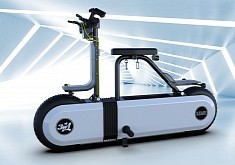 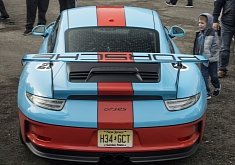 16 May 2022, 08:22 UTC / The Renault Group’s board of directors unanimously decided to sell 100% of the carmaker’s shares in Renault Russia to the Russian government

16 May 2022, 03:07 UTC / Owned by Russian oligarch Leonid Mikhelson, who is on several sanctions list, Pacific was last located in the Caribbean Sea. It then turned its trackers off

Superyacht Amadea Is Too Expensive for Fiji, at $1 Million a Week in Maintenance Costs

14 May 2022, 04:03 UTC / Fiji authorities want the controversial megayacht gone because it costs too much to maintain it. Amadea has been stuck there since it was arrested in April

13 May 2022, 11:17 UTC / If you’re going to show off your fabricator skills, you might as well try and do it with a Bugatti. Dashing Axe workshop did just that, but with a twist

11 May 2022, 06:33 UTC / Flying Fox was detained in the Dominican Republic for one month while under investigation, left there in secret, and is now heading to Turkey

10 May 2022, 07:50 UTC / The difference between a floating palace and a floating money pit is in the lack of a legal framework and precedents for the sale of seized assets of this kind

The U.S. Has to Pay $30 Million in Annual Running Costs for Seized Amadea Megayacht

8 May 2022, 05:45 UTC / Once the appeal on seizure is heard, the U.S. will move Amadea into territorial waters and may proceed to sell it auction. Until then, it has to pay

6 May 2022, 06:16 UTC / The Russians put everything they could find into the fight, even vehicles equipped with tires "made in USSR" that are 31 years old.

4 May 2022, 10:40 UTC / Axioma was arrested in Gibraltar by Spanish authorities in late March after owner Dmitry Pumpyansky was included on the sanctions list, and it’s stuck there

3 May 2022, 16:17 UTC / At the end of the day, these memes send a profound yet simple message. NATO will not be intimidated by Russian aggressions in Ukraine

2 May 2022, 20:56 UTC / A John Deere dealership in Melitopol, Ukraine, was left without almost $5 million worth of farming vehicles. Russian troops stole them, but there's a catch

Custom Tumbler Replica Is Calling to the Batman in You, at Half the Price

2 May 2022, 12:38 UTC / One-off Batmobile built entirely by hand and powered by a V8 is for sale, asking half of the amount other replicas usually get

28 Apr 2022, 08:47 UTC / Renault will reportedly transfer its 68% stake in AvtoVAZ to an automotive research institute, while its factory in Moscow goes to the Russian government

The U.S. Has to Pay for Billionaire’s Superyacht After Seizure, and It’s Not Cheap

28 Apr 2022, 04:32 UTC / Oligarch Viktor Vekselberg was included on the sanctions list, and his superyacht Tango was seized in Spain by U.S. authorities. Now, they have to pay for it

27 Apr 2022, 07:16 UTC / Chinese drone maker DJI becomes the first major company from the country to suspend its activities in Russia, but also Ukraine, over improper use of its drones

Russian Gold King’s Megayacht Trapped in Fiji as the U.S. Is Trying to Seize It

20 Apr 2022, 07:53 UTC / Amadea, the Lurssen megayacht that tried to flee to safety, is now in limbo in Fiji, where local and U.S. authorities are trying to impound it

19 Apr 2022, 22:02 UTC / The Mountain View-based search giant says the change that was announced by the Ukrainian military didn’t actually happen; no images have been unblurred

19 Apr 2022, 05:42 UTC / Footage and photos after the Neptune missile attack have emerged online, and they seem to confirm Kyiv’s version of events: Moskva was downed by enemy fire