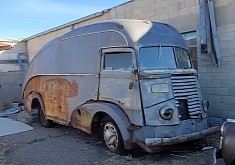 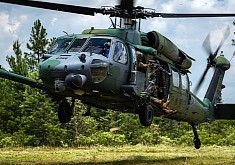 Once a Forbidden Fruit in the U.S., This 1995 Renault Twingo Is Offered at No Reserve

15 Nov 2022, 03:35 UTC · By: Mircea Panait / If you want to stand out in the crowd at Cars & Coffee, you can't go wrong by choosing a first-generation Renault Twingo over an Italian supercar

6 Nov 2022, 14:57 UTC · By: Gustavo Henrique Ruffo / None of the recovered vehicles will be put for sale: Lormauto will only rent them so that it can keep them running for as long as possible

23 Jun 2021, 12:11 UTC · By: Cristian Gnaticov / The impact was so brutal that it briefly sent the Ferrari 488 Pista into the air, triggering its airbags and bruising the driver

The Dumbest Drift Project in Europe Is a Renault Twingo, And We Love It

21 Jan 2020, 21:10 UTC · By: Mircea Panait / The A-segment Renault Twingo is about to receive an all-electric model even though sales haven't been good on the Old Continent

5 Mar 2019, 19:16 UTC · By: Mircea Panait / Despite the changes brought forward by the mid-cycle refresh, the Twingo continues to be a hard sell for Renault in Europe

28 Jan 2019, 13:58 UTC · By: Mircea Panait / It's game over for the Twingo III in the United Kingdom, with Renault citing "a simplification of the range" instead of coming forth with the poor sales

22 Jan 2019, 21:47 UTC · By: Mihnea Radu / The Twingo has aged better than expected. This mid-life facelift fixed most of the cosmetic issuses and also adds the 1-liter engine from the Sandero

31 Dec 2018, 16:28 UTC · By: Mihnea Radu / This is the cheapest LPG crossover you can buy, but it's only available in a few European countires. These factory conversions are said to be safer

Spyshots: Renault Twingo Facelift Spotted, Might Get a New Engine

24 Apr 2018, 15:17 UTC · By: Mihnea Radu / The prototype's exhaust pipe tells us Renault was doing emissions testing with the car, so maybe the Twingo will get a new engine

Renault Spruces Up Twingo And Kadjar With France-exclusive Special Editions

15 Mar 2018, 07:14 UTC · By: Mircea Panait / As we wait for Renault to operate the mid-cycle refresh on the Twingo and Kadjar, the automaker decided that two special editions should fit the bill for now

Renault Twingo Gets The Exclusive Treatment With Iconic Special Edition

3 Sep 2017, 16:19 UTC · By: Mircea Panait / In order to keep things fresh with the Twingo, Renault decided to spruce up the UK-spec model with a special edition that happens to have an iconic name

Renault Launches Colored Polish for Both Your Nails and Your Twingo

13 Jun 2017, 14:01 UTC · By: Vlad Mitrache / You never thought you'd see the day when you'd have to share your nail polish with your car, but Renault has seen to it with the Twingo Nail Polish

Renault Twingo RS Not In the Cards

1 Aug 2016, 08:35 UTC · By: Mircea Panait / Sorry folks, but it seems like the rear-wheel-drive Renault Twingo RS we've been longing for will not happen too soon, at least not during this generation

Renault Kwid Tested by French Media, Stands Next to Sandero Stepway and Twingo

28 Jun 2016, 15:54 UTC · By: Mihnea Radu / We think Renault just shouldn't bother making the Kwid suitable for the European market. It's got too many flaws and the Sandero is good enough

3 Jun 2016, 15:21 UTC · By: Mircea Panait / Two years after it was introduced, the third-generation Renault Twingo gears up for a hotter variant in the form of the Twingo GT

8 Apr 2016, 22:42 UTC · By: Mihnea Radu / The Twingo RS has been seen on a highway in France while its smart Brabus cousins are also ready to launch later this year