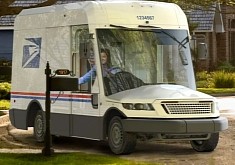 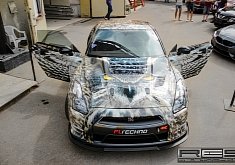 12 Aug 2022, 04:52 UTC / In a first, the Royal Air Force refueled its massive transport aircraft while flying over the South Atlantic Ocean, with the help of the Voyager tanker

RAF Stepping Up Its Defense Game Against Rogue Drones

8 Aug 2022, 03:56 UTC / During challenging situations, RAF's large, multi-engine aircraft can help set up emergency refueling points for jets, a skill that will be vital in the future

21 Jul 2022, 02:59 UTC / UK's Royal Force set a World Record last year by conducting an innovative green flight that was neither electric or powered by SAF. Now it takes the next step

16 May 2022, 05:17 UTC / Despite its venerable age, the C-17 Globemaster is still the greatest heavy-lift strategic transport aircraft, and it recently showed off its skills

20 Apr 2022, 10:10 UTC / Dean Smith is passionate collector and aircraft enthusiast, and he has the cockpit of a Hawker Siddeley 125 Dominie on display in his backyard

15 Apr 2022, 03:33 UTC / RAF is determined to integrate electric aircraft in the coming years, and the recent successful flights prove that it's on the right path

RAF’s Atlas Shows How Far It Can Reach, During Successful Resupply Mission

28 Mar 2022, 04:52 UTC / The mighty Atlas completed a nine-hour-long round trip from the UK to Estonia and back, demonstrating its long-range capabilities

23 Mar 2022, 06:24 UTC / GA-ASI is putting together in California the first MQ-9B Protector aircraft for the Royal Air Force, boasting a UK-made V-tail

14 Feb 2022, 08:22 UTC / UK Royal Air Force Controllers were deployed to the U.S. for the complex Eagle Lightning exercise, where they played with the FA-18 Hornets