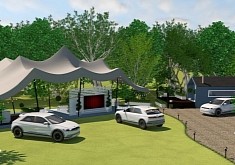 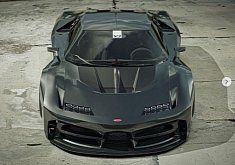 Modern-Day Bugatti EB110 Is Not a Centodieci, Looks Closer To Original

Home > News > Autoevolution's Porsche Month 22
It’s not extremely easy for a brand that is most of the time associated with high-performance and luxury be become somewhat of a mainstream choice for buyers across the world. Yet, despite the extremely steep prices of its products, and the at times difficult to handle technological prowess, Porsche managed to do exactly that.

The brand, which is at the time of writing 90 years old, seems to be presently enjoying its best years, and the outlook for the future looks even brighter. Just for the first half of 2021, for instance, the Germans reported a return on sales of 15.5 percent, making it “one of the most profitable carmakers in the world.”

It also made 23.1 billion EUR ($26.1 billion) in sales revenue in the first nine months of the year, which is an increase of close to 20 percent over the same period of 2020. Well over 200,000 cars were sold to customers worldwide, and that number would have been even greater if the chip crisis hadn’t brought the auto industry to its knees.

Yet, despite the great performance of the year that just ended, Porsche was not the most talked-about carmaker out there. But with those numbers to back it up, Porsche is dreaming of even bolder achievements in 2022, and the electric Taycan, with its freshly introduced variants, is likely to lead the charge into the new year as well.

Given how we kind of feel the Germans will succeed in its mission in 2022, we’ve decided to kick off the new year with the Porsche Month in January.

So sit back, power up your devices, and get ready for a weeks-long coverage of all things Porsche here on autoevolution, because what better way to start the year than with high-performance and luxury machines?

31 Jan 2022, 20:40 UTC / The prototype that Porsche uses to test its Macan EV still has fake exhaust ornaments. Fortunately, the snow thrown by its rear wheels has covered them

The 2022 Porsche 911 GTS Cabriolet Is a Perfect Winter Daily Driver, if You Can Afford It

31 Jan 2022, 10:26 UTC / Small, light, and incredibly nimble, the 908/03 was an impressive race car developed specifically for tough tracks such as the Nürburgring or the Targa Florio

Doug DeMuro Found What He Claims To Be the Perfect 911 Compromise, and It's Not the Turbo

30 Jan 2022, 00:35 UTC / Usually, it's challenging for a sports car maker to find that fine balance between sportiness and comfort, but Porsche somehow managed to do that

Porsche 914 to 935, We Play the Golden Era Part of the Classic Need for Speed Game

Porsche 597 Jagdwagen: The 356 Engined 4x4 that Could Have Challenged Jeep

These Are the Most Powerful Porsches Ever Made, Only One Is Street-Legal

27 Jan 2022, 13:52 UTC / One of the last mid-engine race cars from an era when such vehicles had to be road legal, the Carrera GTS remains one of Porsche's most innovative designs

27 Jan 2022, 12:06 UTC / Porsche has revealed further information of its upcoming LMDh racing prototype. It will come with a biturbo V8 engine, and it has just begun testing

911 With Off-Road Skills: the Panamericana Is One of Porsche’s Coolest Concepts

26 Jan 2022, 14:12 UTC / Developed in 1989 as a birthday gift for the company's CEO, the Panamericana concept was an awesome blend between a drop-top sports car and a capable off-roader

26 Jan 2022, 10:39 UTC / Randy of Savage Garage gives a detailed story of his Puerto Rican Ruf Porsche 911 Turbo's journey, he loves it's originality and plans to keep it that way

Porsche 911 Safari Closes In on Its Official Reveal, This Is It in Its Production Body

25 Jan 2022, 14:03 UTC / Porsche is set to reveal the facelift of the Cayenne this Spring. Until then, its prototypes have been spotted while going through winter testing

25 Jan 2022, 13:13 UTC / Tom Holland purchased a Porsche Taycan late last year and, as he was out and about with Zendaya in London, we can see that he received his model

Porsche 356 to 911, We Play the Evolution Mode of the Classic Need for Speed Game

24 Jan 2022, 20:14 UTC / Playing the Need for Speed: Porsche Evolution mode brings back a lot of memories! And it's the perfect way to get to experience the German brand from your home.