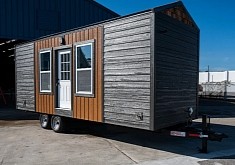 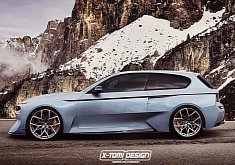 Opel and Vauxhall Get a New Boss as Dr. Neumann Steps Down, CFO Takes Over

12 Jun 2017, 15:52 UTC · By: Sebastian Toma / Opel and Vauxhall have a new CEO, and his name is Michael Lohscheller. He used to be the company's Chief Financial Officer, a position he was appointed in 2012

2018 Peugeot Partner Spied, Tries To Fool Us With Fake Doorlines

9 Jun 2017, 14:47 UTC · By: Sebastian Toma / Peugeot and Citroen are planning a new generation of their utility twins, the Partner and the Berlingo. We have fresh spyshots with the Peugeot version

3 May 2017, 09:19 UTC · By: Sebastian Toma / The French at PSA Peugeot-Citroen have announced a strategic partnership that will take them to Singapore, where they will test self-driving cars with nuTonomy

PSA Groupe Is Close To Making A Deal With GM To Buy Opel, Sources Say

3 Mar 2017, 12:09 UTC · By: Sebastian Toma / PSA Groupe, the company that owns Peugeot and Citroen, is reportedly very close to signing a deal with General Motors. They might sign next week, sources say

Groupe PSA Is Reportedly Interested In Buying Proton And Lotus

21 Feb 2017, 13:50 UTC · By: Sebastian Toma / The French at Groupe PSA are reportedly interested in purchasing GM's European arm, and they could also be one of the bidders for Proton and Lotus

12 Feb 2017, 17:03 UTC · By: Sebastian Toma / The PSA Group, owner of Peugeot, Citroen, and DS brands, has been referred to French prosecutors regarding its diesel engines. The company denies wrongdoing

DS7 Crossback Spotted In China, It Looks Ready For Production

9 Feb 2017, 09:32 UTC · By: Sebastian Toma / DS Automobiles, the premium brand from France, will launch an SUV named DS7 exclusively for the Chinese market. It has already been spotted without camouflage

14 Nov 2016, 14:47 UTC · By: Sebastian Toma / The French at PSA Group have confirmed their intention of launching a 1-Ton pickup truck this year. It has yet to be revealed, but here's what we know

6 Jul 2016, 15:01 UTC · By: Sebastian Toma / As promised, the PSA Peugeot-Citroen Group has published more real-world fuel economy results for over 30 models in its range. The tests were done independently

2017 DS 4S Launched in Bejing, Only Available in China

25 Apr 2016, 11:19 UTC · By: Sebastian Toma / DS Automobiles has showcased the production 4S at the 2016 Beijing Auto Show. The hatchback is designed in Europe, but built in China for the domestic market

Dongfeng Fengshen A9 Has Volkswagen and Audi Written All Over It

15 Mar 2016, 12:08 UTC · By: Mircea Panait / Dongfeng, a Chinese automaker with strong ties to PSA Peugeot Citroen, will bring to market a 5-meter premium sedan with a four-cylinder under the hood

4 Mar 2016, 08:36 UTC · By: Mircea Panait / Sorry, Volkswagen, but PSA Peugeot Citroen just made a fool of you after publishing the first real-world fuel economy figures in the automotive industry

29 Jan 2016, 10:41 UTC · By: Sebastian Toma / Citroen engineers have begun testing the prototype of the upcoming C3 Picasso. The French brand is expected to launch a replacement of their MPV in 2017

18 Jan 2016, 10:13 UTC · By: Sebastian Toma / The Peugeot-Citroen corporation has gone through emissions testing made by the French Government for its diesel engines. The company passed with flying colors

3 Oct 2015, 12:39 UTC · By: Ionut Ungureanu / It may look like Google is the only company that is serious about making self-driving cars, but many automakers are working on it too

5 May 2015, 08:42 UTC · By: Mihnea Radu / The first PHEV will be based on the EMP2 platform and will use gasoline, not diesel like PSA's current hybrid models. It could also be a DS premium model

4 Mar 2015, 09:45 UTC · By: Mihnea Radu / The DS5 is no longer a Citroen after receiving a brand new grille has been added, together with all the best engines Peugeot has developed

Peugeot Sales in 2014 Up 32% in China, Replacing France As Their Biggest Market

Citroen Coming to America: Standalone DS Brand to Be Introduced by 2020

6 Oct 2014, 15:41 UTC · By: Mihnea Radu / As part of their recovery plans, Citroen is looking to turn DS into a standalone brand that not only offers totally different cars, but is also relevant on a global scale. They said that in a press ...

22 Jan 2014, 11:13 UTC · By: Liana Nastase / In case you were wondering whether PSA Peugeot Citroen was teaming up with China’s Dongfeng Motor Corporation, let us inform you that it has been confirmed they are looking into the possibili...