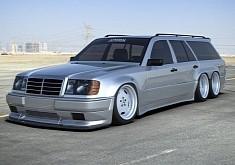 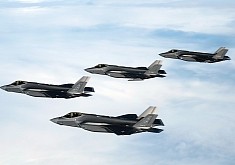 Two of These Four F-35s Are Not American, Can You Spot Them?

18 Mar 2020, 16:20 UTC · By: Mihnea Radu / The first Mokka was related to the Buick Encore and Chevy Trax, but this one is a cousin of Peugeot and Citroen crossovers and hatchbacks

5 Apr 2017, 21:20 UTC · By: Mihnea Radu / While the raised wagon competes with crossovers and things like the Octavia Scout, this off-road sedan would have just one rival

2017 Opel Grandland X Rendering Is a Peugeot in Disguise

23 Nov 2016, 12:56 UTC · By: Mihnea Radu / This rendering could also depict the Crossland, since the two will likely be identical except for the length. We think the Peugeots look better

8 Sep 2015, 16:02 UTC · By: Mihnea Radu / The second-generation Opel Insignia might look similar to the Astra K and the Monza design study from 2013's Frankfurt Motor Show