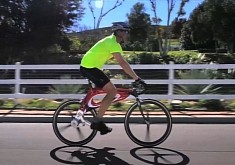 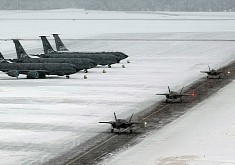 5 Jun 2018, 07:43 UTC / Opel's new and own infotainment system to be launched this year, at first on the Insignia model. There would be two versions of it offered

21 Feb 2018, 14:39 UTC / Opel released a series of photos from the Winter Trainings camp in Thomatal, showing the Insignia Country Tourer on icy tracks

6 Feb 2018, 13:16 UTC / A camouflaged Opel Insignia GSi has been spotted on the 'Ring, raising the question whether Opel is suffering from amnesia or it's actually a new model of sorts

12 Oct 2017, 12:58 UTC / Every car that's built to a budget has flaws, but a dodgy gearbox is something we didn't expect from something called "Grand Sport"

5 Sep 2017, 15:17 UTC / Going against the industry's trends, Opel is proud to announce an all-new diesel engine for the Insignia lineup in the form of the 2.0 BiTurbo

19 Jul 2017, 18:19 UTC / You wanted a fast sedan? Opel has something in store for you, something reportedly faster around the Nurburgring than the old Insignia OPC

Opel Modifies The 2017 Insignia Wagon Into A Fire Engine

9 May 2017, 19:39 UTC / To whoever it may concern, Opel will gladly modify the Insignia Sports Tourer longroof and Vivaro van into rescue vehicles

Is This the All-New Opel Insignia OPC / VXR Undergoing Testing?

27 Apr 2017, 09:28 UTC / Is this a regular Insignia with an OPC body and Brembo brakes confirm it's the real deal? And will a naturally aspirated V6 be enough?

5 Apr 2017, 08:31 UTC / Despite what the rumors said, the Insignia Country Tourer lives on and has three other badges it can put on for the global market

30 Mar 2017, 21:15 UTC / Despite the 2018 Opel Insignia OPC set to pack all-wheel-drive, the prototype's Nurburgring soundtrack reminds us of the Vectra OPC's understeer struggle

29 Mar 2017, 18:02 UTC / Opel will participate in the 29th edition of the Techno Classica Festival with a massive stand that will showcase eight decades of flagships from its range

29 Mar 2017, 17:18 UTC / Opel relies on the premium equipment available on the Insignia to attract buyers from the premium segment. They feel this is the key to success in the future

22 Mar 2017, 10:50 UTC / While the second-generation Insignia has begun its production cycle, Opel is testing its upcoming crossover version. It's called Insignia Country Tourer

22 Mar 2017, 09:47 UTC / Opel has begun the production of the second generation Insignia. This is the flagship model of the German brand, and it is made in Russelsheim

7 Mar 2017, 17:37 UTC / Opel has showcased the second-generation Insignia in two body styles at the 2017 Geneva Motor Show. Take a look at the Insignia sedan and Sports Tourer inside

2 Mar 2017, 10:25 UTC / Opel's second-generation Insignia has been revealed, but the German model has a few surprises in the bag. One of them is the Country Tourer version