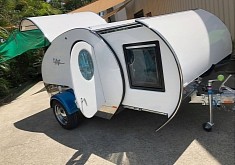 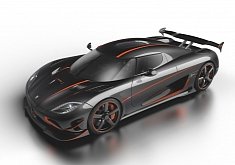 25 Oct 2022, 11:40 UTC · By: Sebastian Toma / The development of the new emissions standard in Europe, Euro 7, is allegedly getting a toned-down specification to ease the strain on consumers and carmakers

28 Jun 2022, 18:49 UTC · By: Gustavo Henrique Ruffo / Yes, you have already heard this story with Volkswagen. Yes, Bosch seems to be involved with the cheating software once again.

4 Mar 2022, 21:39 UTC · By: Gustavo Henrique Ruffo / The study was conducted by Ford and the University of Michigan pretty close to the presentation of the production version of the F-150 Lightning

6 Dec 2021, 20:40 UTC · By: Gustavo Henrique Ruffo / T&E demonstrated that the combustion process produces way more pollutants that should be taken into consideration other than carbon dioxide

16 Nov 2020, 14:16 UTC · By: Vlad Radu / The German manufacturer is at the forefront of gas treatment technologies, making some of the most clean engines in the industry.

NOX- This "Swiss Army Knife" of Motorcycles Is Modular, Perfect for City Life

28 Jul 2020, 09:00 UTC · By: Cristian Curmei / This concept from Korean Dongwoo Lee is a motorcycle concept made in the image of the holy Swiss Army Knife. Modular design and all.

3 Apr 2017, 17:10 UTC · By: Sebastian Toma / A recent initiative proposed by the British Government plans to impose a tax on older diesel-engined vehicles in the ten most polluted cities. It's for old cars

8 Jan 2017, 12:09 UTC · By: Vlad Mitrache / The idea that one elegant sedan might be polluting more than a large truck is almost preposterous, but if they both have diesel engines, then it might be true

10 Jul 2016, 11:41 UTC · By: Sebastian Toma / Independent tests made by European Consumer Group claim that Volkswagen's fix on certain TDI engines will not bring NOx emissions down. Instead, they go up

22 Apr 2016, 12:21 UTC · By: Vlad Mitrache / VW (deservedly) got a lot of flak for using a defeat device in some of its diesel engines, but it was enough to cast a dark shadow over its entire fleet of TDIs

Report: The Only Automaker to Use a Defeat Device Is Volkswagen

7 Apr 2016, 15:54 UTC · By: Mircea Panait / The storm the Volkswagen Group found itself in after the Dieselgate scandal started has turned into a full-on tornado thanks to the German transport ministry

7 Dec 2015, 10:05 UTC · By: Mihnea Radu / On average, the Zafira was found to emit 15% more CO2 gasses than officially claimed after three independent tests. That also affects the fuel consumption

Why VW and Diesel Deserve Everything That's Coming to Them

21 Jul 2010, 08:46 UTC · By: Daniel Patrascu / The Environmental Protection Agency (EPA) and the California Air Resources Board (CARB) announced this week a set of measures which will eventually lead to the reconsideration of the certifications ...