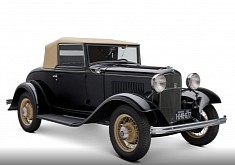 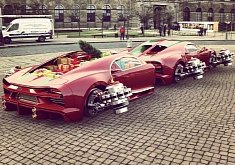 Home > News > Autoevolution's Mustang Month
Born decades ago, the Mustang is presently one of the most cherished names in the industry. It is one of the very few muscle car nameplates of the 1960s to have survived to this day, although, to be honest, saying the Mustang has survived is a gross understatement.

The thing did not just survive, but it thrived (and still does) like no other. From the shores of (recently) sedan-hating America to the more sedan-tolerant Europe and elsewhere, the Mustang proved time and time again that not only can it hold its ground, but also lead the charge in select segments.

Back in April, when we were busy here at autoevolution talking excessively about space stuff, the Mustang turned 57. It's not one of those nice round numbers people like to celebrate with massive parties, but an important one for the muscle car breed the Mustang definitely helped create.

Ford was not in the proper mood to celebrate with a bang the anniversary either, but it did dedicate a full week to the Mustang. Now, in May, it will continue to bring exciting developments for the nameplate. We have, for instance, the launch of a new Mustang NASCAR racer, the recent opening of the order books for the Mach-E GT, and of course, the arrival in customer hands of the Mach 1.

Add to that the countless custom Mustangs of old that keep popping up, the many barn finds we keep stumbling upon, and the insatiable drivers that keep racing Mustangs down the strips and elsewhere, and there’s enough to talk about for months, perhaps.

As a result, we decided to name May 2021 Mustang Month here at autoevolution, so expect a flood of related stuff coming your way over the next four weeks.

Tuned 2018 Shelby Mustang GT350 Is on Its Third Engine, Looking for a New Home

31 May 2021, 16:28 UTC · By: Andrei Tutu / This is a Tesla Model S Raven, the quickest model available to date, albeit with the crown set to go to the Plaid once deliveries kick off next month

31 May 2021, 13:32 UTC · By: Aurel Niculescu / It's up for sale on eBay on dealer consignment from the folks over at MotoeXotica and comes with a curious blend of original elements backed by lots of oomph

31 May 2021, 10:20 UTC · By: Mircea Panait / Typical of a DOHC engine and a well-sorted automatic transmission, the 10AT Mach 1 develops very good output figures at the wheels

31 May 2021, 07:47 UTC · By: Aurel Niculescu / Although it's “merely” a single turbo setup, the intricate tuning details are worthy of that exposed engine assembly proudly shown by the Mustang GT

1978 Ford Mustang Is a Proper Muscle Car, Packs 400-HP Surprise Under the Hood

Looking To Buy a Used Fifth Generation Mustang? These Are the Most Common Issues

29 May 2021, 12:36 UTC · By: Vlad Radu / If you're looking for a used sports car, the fifth generation Mustang is an awesome choice but make sure you watch out for these five common issues.

28 May 2021, 13:48 UTC · By: Aurel Niculescu / We thought Mustang Mach 1 pricing was hectic across the Atlantic Ocean in the UK and Europe, but it goes even wilder in South America

1969 Ford Mustang Boss 429 Is All Right Inside, Impressive Outside

28 May 2021, 08:08 UTC · By: Aurel Niculescu / Recent videos from the “National No Prep Racing Association” YT channel show a couple of quarter-mile brawls that don't feature the winner you expected