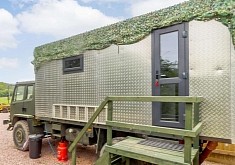 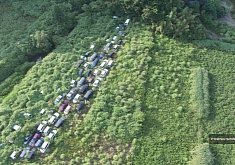 Home > News > Autoevolution's Muscle Car Month
Rumbling muscle cars are about as American as fast food and at least as tasty to the eyes of gearheads as the latter. Coincidentally or not, neither is very friendly to the environment and yet most people can’t help but enjoy both as much as they can.

According to some, the term ‘muscle car’ was introduced to the world by chance, with the original 1964 Pontiac LeMans GTO, but automotive historians will probably disagree and make you go back about over a decade and have a good look at the 1949 Oldsmobile Rocket 88. The Olds was simply ahead of its time, pairing the smaller and lighter body of the 76 with the larger and more powerful V8 of the Oldsmobile 98.

The golden age of muscle was during the 1960s and early ‘70s, but recent years have seen a downright massive revival of popularity with monsters like the Challenger Hellcat or the Shelby Mustang GT500.

No matter its origin, the muscle car recipe has always stayed the same, with a cacophonous-sounding V8 being cramped under the hood of a light and compact, by American standards, vehicle. With rear-wheel-drive and a propensity to go fast mostly in a straight line, they've always had a 'king of the road' aura and will always be part of American pop culture.

Somewhat antithetic with last month’s theme on autoevolution, which was all about Earth and green technologies, we’ve decided to dedicate the month of May to some of the most gas-guzzling and earth-shaking type of cars out there, muscle cars. We're pretty sure you'll forgive us for it.

31 May 2020, 09:45 UTC / The rendering we have here aims to portray a modern-day Dodge Dart that would stick to the muscle car recipe the nameplate used for its fourth generation

31 May 2020, 08:10 UTC / This widebody rendering takes the current S550-generation Ford Mustang, which is now fully mature, to a whole new level of customization

A Dose of Pure Australian Muscle: A Rare and Famous 1977 Holden Torana A9X

30 May 2020, 20:50 UTC / Do you believe in astrology? Because this "Unicorn" Mustang from Korea seems to be named after a galaxy in the Virgo Cluster

30 May 2020, 18:40 UTC / Fortunately, this rendering is here to put a smile on our face rather than to accompany any sort of excuse for turning the Charger into an SUV

30 May 2020, 18:20 UTC / Ladies and gentlemen drivers, we are now looking at a in-the-making build involving ingredients from all corners of the Mopar realm

30 May 2020, 16:33 UTC / Here's to hoping that more aficioandos use the story of this first-generation Camaro as inspiration for building muscle car drifters

30 May 2020, 11:08 UTC / If you wish to look past the giggles delivered by this pixel stunt, you can consider it an appetizer for the Hellcat-wielding 2021 Ram Rebel TRX

29 May 2020, 16:47 UTC / While the Bullitt Mustang, which sold for $3.4M back in January, comes in its movie condition and with full records, we can't say the same about this Mopar toy

29 May 2020, 15:53 UTC / The widebody kit doesn't seem plausible, as it's as close to the tires as the fenders on a Plymouth Prowler. However, it's still game-worthy

29 May 2020, 15:42 UTC / The pixel portrait we have here comes to give a 1969 Chevrolet Camaro the motorsport potential it never received from the factory

29 May 2020, 14:09 UTC / Judging by the photos showcasing the current state of the vehicle, it looks like this Plymouth Superbird was stored in proper conditions