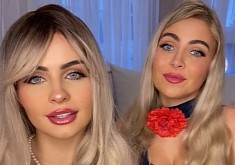 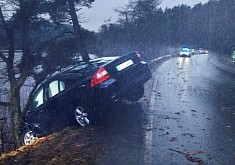 Every Driver Should Know This: Safety Tips for Driving in Extreme Weather 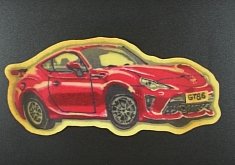 New Mitsubishi ASX Wants to Be a Smaller Outlander, Can't Do That Without CGI

28 Sep 2022, 07:52 UTC · By: Cristian Gnaticov / While the real new-gen Mitsubishi ASX is nothing more than a renamed Renault Captur, these renderings try to give it more style

21 Sep 2022, 11:53 UTC · By: Gustavo Henrique Ruffo / We have carefully read what Mitsubishi had to say about the new crossover, and it didn’t disclose the crucial element for this car to make sense: the price

Mitsubishi ASX Gets Rendering by Theottle Based on the Nissan Kicks

13 Dec 2021, 14:14 UTC · By: Gustavo Henrique Ruffo / The rendering artist thought that the Nissan crossover, with its edgier design, would provide a better basis for what the new Mitsubishi will look like

Next Mitsubishi ASX Might Be Smaller, Unofficially Puts Outlander DNA Inside a Captur

9 Dec 2021, 11:34 UTC · By: Aurel Niculescu / According to the rumor mill, the upcoming ASX/Outlander Sport/RVR iteration is going to shrink further down to subcompact levels and adopt Renault technology

5 Jan 2021, 14:14 UTC · By: Mircea Panait / As we're waiting patiently for the all-new Outlander to be revealed, the Outlander Sport has been slightly updated in the U.S. for the 2021 model year

2020 Mitsubishi ASX Heading To the UK This Fall

11 Jun 2019, 13:34 UTC · By: Mircea Panait / It's hard to understand what Mitsubishi hopes to achieve with the fourth (!!!) facelift of the ASX, more so if you remember the competition has better products

UPDATE: 2018 Mitsubishi ASX Will Not Be Named Eclipse

29 Dec 2016, 12:05 UTC · By: Sebastian Toma / Mitsubishi continues the testing phase of the 2018 ASX, its compact SUV. The Japanese company's upcoming model was spotted in its homeland without camouflage

23 Nov 2016, 12:31 UTC · By: Sebastian Toma / Mitsubishi has fitted its new design identity to the new ASX, which is expected to come to market in late 2017. The design might be polarizing

30 Sep 2016, 06:58 UTC · By: Mircea Panait / Instead of replacing it after a career that spans across almost seven years, Mitsubishi insists on making the ASX / RVR / Outlander Sport uglier and uglier

26 May 2015, 08:36 UTC · By: Tudor Rus / The Lancer and the Lancer Evo are close to being forgotten but Mitsubishi wants to keep the Evo badge alive with the new ASX crossover

11 Jun 2014, 18:53 UTC · By: Mircea Panait / Mitsubishi's best-seller gets a few new or improved bits and bobs for the 2015 model year, chief among which is the next-generation CVT transmission described as the "equivalent to a seven...

4 Apr 2013, 14:06 UTC · By: Gabriel Brindusescu / More than 8,000 Mitsubishi Outlander Sport made for 2013 may have problems with their brake lights, fuel gauges and gear shifters. The braking problem manifests by intermittent or continuous illu...

23 Oct 2012, 11:21 UTC · By: Mihnea Radu / The ASX is most likely Mitsubishi’s most attractive global product right now catering to every major market with its compact size and crossover platform. The nimble little vehicle has also beg...