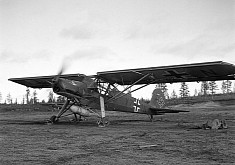 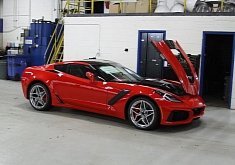 12 Oct 2020, 03:47 UTC / Hamilton tied with Schumacher with his victory at the Eifel Grand Prix at the Nurburgring in Germany, and Schumacher’s son came out to celebrate the moment

For Sale: This Is the First Ferrari F1 Racing Car Driven by Michael Schumacher

6 Feb 2020, 12:25 UTC / Barge board initially used on a Ferrari F1 car and signed by Schumacher and Eddie Irvine will go under the hammer later in May

21 Nov 2019, 16:56 UTC / The documentary about Michael Schumacher, which was scheduled for a December release, was postponed due to the amount of material collected

31 Jul 2019, 09:59 UTC / Todt says Schumacher has problems communicating, which means the friendship that ties the two men can never be the same.

29 Mar 2019, 14:08 UTC / Out in the open at the West Sussex location will be some of the cars Michael Schumacher drove during his career, as well as former competitors

21 Dec 2018, 13:23 UTC / Nearly five years ago, Schumacher was badly injured while going down a ski slope in the French Alps and sustained a serious head injury

30 Jan 2018, 12:51 UTC / An Iveco Domino transporter used by the Scuderia Ferrari to plan strategies with Michael Schumacher and Rubens Barrichello to be sold at auction.

25 Apr 2017, 10:03 UTC / Many years before Schumacher found a new home at Ferrari, the Benetton Formula 1 team offered the German driver his breakthrough in the king motorsport