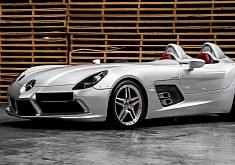 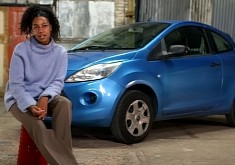 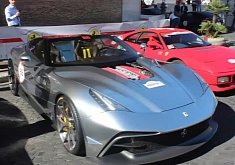 19 Apr 2022, 08:37 UTC · By: Cristian Gnaticov / This illegal drag race, recorded on a highway in Texas late at night, could have ended badly, as the McLaren came inches away from hitting the concrete divider

Soccer Player Crashes His McLaren, Wants Another One Because He Really Loves It

23 Feb 2022, 09:27 UTC · By: Monica Coman / Brazilian soccer player Paulinho has just crashed his McLaren 600LT, as he lost control of the vehicle. But he wants another one

McLaren Artura Heading to Italy for the Summer Holiday

27 Apr 2021, 18:34 UTC · By: Vlad Mitrache / Even though cars don't need to practice social distancing, the way these two do battle could be considered a sort of socially distant drag race

5 Feb 2021, 07:28 UTC · By: Vlad Mitrache / Everybody knows McLarens are fast, but we also know the Porsche 911 Turbo S is the unofficial king of street drag racing thanks to its launching ability

27 Aug 2020, 20:06 UTC · By: Andrei Tutu / The C7-generation Chevrolet Corvette we have here has been dialed all the way to a thousand horsepower, while the Macca came to the fight in stock form

McLaren 600LT Owner Almost Crashes Supercar at the Track, Save Is Incredible

19 Aug 2020, 14:24 UTC · By: Mircea Panait / Remember, boys and gals! Don't forget to buy track insurance before heading to the racing circuit in your limited-edition McLaren

McLaren Sends Off 600LT Spider in the U.S. With the Segestria Borealis by MSO

13 May 2020, 03:35 UTC · By: Elena Gorgan / Tattoo artist and reality star has been arrested for murder, after it was revealed he was drunk and speeding when he crashed, killing YouTuber Corey La Barrie

8 Nov 2019, 18:10 UTC · By: Mihnea Radu / After some epic sideways driving and a bit of drag racing, Harris boldly claims that these are the best McLaren and Ferrari you can buy, not the $1m ones

7 Nov 2019, 17:13 UTC · By: Andrei Tutu / This straight-line battle between the Lamborghini Huracan Evo (Coupe) and the McLaren 600 Longtail Spider is an emotional rollercoaster

31 Oct 2019, 12:21 UTC · By: Mircea Panait / The Comet Fade McLaren 600LT Coupe features no fewer than three paint colors to create the beautiful finish you can admire in the following photo gallery