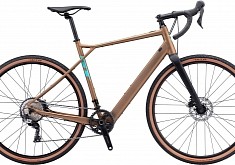 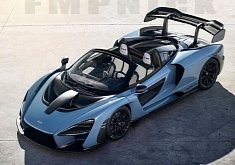 Koenigsegg Legera is a 'Baby Koenigsegg' Eager to Battle the Aventador

12 Jun 2015, 11:57 UTC · By: Tudor Rus / They might have nicknamed it the Baby Koenigsegg, but this Legera concept wants to take the Aventador and the Huayra by the throat

Koenigsegg Regera for Sale in Great Britain, Delivery in December 2016

4 Jun 2015, 13:03 UTC · By: Mircea Panait / Even though this British luxury dealership claims it has a Koenigsegg Regera "in stock," the delivery date is December 2016

Koenigsegg Will Double Its Production by 2016

28 May 2015, 15:10 UTC · By: Gabriel Nica / Christian von Koenigsegg knows that his customers want more cars so he is currently building a new assembly line that will take the annual output up to 25 cars

Koenigsegg Wants €60,000 to Change the Color of Your Car If You Change Your Mind

9 Mar 2015, 14:16 UTC · By: Gabriel Nica / We saw the Koenigsegg Regera in Geneva and were completely blown away but it seems like Mr. Christian von Koenigsegg has bigger plans

Koenigsegg Silently Confirms the Regera Is a Plug-in Hybrid – Video

1 Mar 2015, 10:16 UTC · By: Gabriel Nica / Christian von Koenigsegg published a couple of videos on Instagram showing the Regera getting plugged in but also claiming he doesn't like conventional hybrids

Update: Mystery Koenigsegg Spotted in Sweden, Could Be the Regera "Megacar"

11 Feb 2015, 12:51 UTC · By: Mihnea Radu / The Koenigsegg Regera has been spotted for the first time in Sweden ahead of its debut at the Geneva Motor Show in March