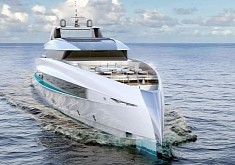 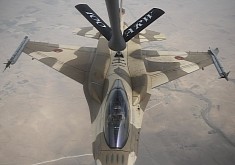 9 Nov 2022, 10:17 UTC · By: Ancuta Iosub / The ex-military vehicle was bought by John DeLorean for testing and filming promotional clips for his team's DMC-44 project

9 Mar 2022, 14:24 UTC · By: Vlad Radu / A subcompact with motorsport pedigree, the Cosworth Vega was one of the most daring vehicles built by GM during the Malaise Era

8 Feb 2022, 10:06 UTC · By: Humphrey Bwayo / Jay Leno admitted on Cars and Culture with Jason Stein podcast that John DeLorean was sort of his hero as a kid, but later got disillusioned by the conspiracy

DeLorean Built a Supercar That Americans Didn't Want, and Now It Is Lost but Not Forgotten

John DeLorean's Story Is Actually Getting Made into a Movie

8 Dec 2015, 21:08 UTC · By: Mircea Iordache / After several unsuccessful attempts in the 80s, John Delorean's life is being translated into a miniseries. No cast yet, but plenty of potential

10 May 2015, 08:05 UTC · By: Tudor Rus / Born from the need for General Motors to compete with the new Ford Mustang, the Banshee was a sleek looking car if there ever was one

8 Dec 2010, 14:01 UTC · By: Daniel Patrascu / The Auto Prince, the Detroit dream merchant, a man of humble origins who rose to become one of the iconic engineers trading work place for work place in the crowded Detroit of the Big Three. His nam...