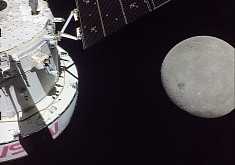 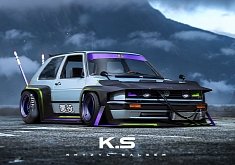 Home > News > Autoevolution's Italian Month
For a very long time, the Italians (and their predecessors the Romans) have been trying to take over the better part of Europe, including by means of force. This approach failed, but if you look around, you realize they have gained a strong grip on the world, not just Europe, and they did so through more peaceful means.

The Italian cuisine, with its amazing pastas and pizzas, can be found on dinner tables around the planet. The Italian football, or soccer as we call it here in the U.S., is among the most-watched sports on Earth. Fashion feels at home in Italy, from where it spreads its influence to faraway lands. And so does art.

As far as we’re concerned, the Italians finally managed to take over the world through the vehicles they make. The cars and bikes made in the Peninsula may not be the most widespread out there - some are not remarkable in any way, but others sure are the standard by which we judge everything else in the industry. Nobody ever dreams of owning a Fiat, but all of us drool now and then over a Ferrari. Maybe we’re not all into motorcycles or scooters, but billions of us have at least heard of Ducati or Vespa.

In one form or another, the Italian way of making vehicles has influenced the world. At times something good comes out of it, other times not so much. But the reality remains Italian engineering is right up there at the top of the food chain, ruling the world, and it got there without the need for marching armies and invasions.

Because we like how Italy plays the game, we decided to honor it with a month-long coverage this July, called Italian Month. We’re not going to talk about food or clothes, but about cars, bikes and other mechanical wonders that were designed to move people, both literally and figuratively.

The Abarth Special Series: From the Opening Edition to the 695 Esseesse

22 Jul 2021, 14:51 UTC · By: Daniel Patrascu / The Abarth Special Series was born soon after the 500 was brought back from the dead, has been a constant presence on some markets ever since.

22 Jul 2021, 14:40 UTC · By: Ciprian Florea / Also known as the Bisiluro, this is perhaps the weirdest performance car to hail from the country that Michelangelo called home.

21 Jul 2021, 21:47 UTC · By: Silvian Secara / Custom motorcycle builders can really work wonders on a bike when given full freedom to put whatever they may happen to envision into practice

A Look Back At the Chrysler TC by Maserati: A Great Idea or a Monumental Flop?

21 Jul 2021, 15:05 UTC · By: Vlad Radu / In the 1980s the legendary Lee Iacocca partnered up with Alejandro de Tomaso once again with the aim of creating a luxury Chrysler with some Maserati flair

21 Jul 2021, 11:04 UTC · By: Vlad Radu / Alfa-Romeo, Ferrari, Lamborghini, and Maserati are four of the most famous Italian carmakers in the world and their logos are instantly recognizable

21 Jul 2021, 07:15 UTC · By: Elena Gorgan / A very rare Modena limo conversion has emerged for sale. If you’re in the renting market or are simply looking to stand out from the crowd, here’s a way

20 Jul 2021, 14:19 UTC · By: Vlad Radu / One of the most outshanding GTs ever built, the Iso Grifo is the perfect combination between flawless Italian design and pure American V8 power

20 Jul 2021, 09:50 UTC · By: Elena Gorgan / DWISS is now at its fifth KickStarter campaign, with a watch that looks for inspiration in automotive excellence: the Formula One car

19 Jul 2021, 10:26 UTC · By: Cristian Gnaticov / Novitec has further refined the Ferrari SF90 plug-in hybrid supercar, giving it extra oomph and taking care of other aspects too.

Meet the Beast of Turin, a 111-Year-Old Fiat With a Monstrous 28.4-Liter Engine

19 Jul 2021, 08:53 UTC · By: Vlad Radu / In the mid seventies, the DeTomaso Pantera was the perfect choice for those who couldn't decide between an Italian sports car and a V8-powered American muscle.

19 Jul 2021, 07:05 UTC · By: Cristian Curmei / This scooter from Ducati is meant to be bring together what was learned in previous models and features a range of over 22 miles depending on ride conditions.

19 Jul 2021, 06:29 UTC · By: Elena Gorgan / SeaFlower is a massive cruiser shaped like a flower, with plenty of luxurious amenities and shared living spaces, and a focus on sustainability

18 Jul 2021, 16:33 UTC · By: Cristian Curmei / This superyacht concept boasts a menacing design ideation and features a superstructure that has been shifted forward to offer massive lounges aft.

Gyms, Garages, and Sheer Italian Styling Set the K2 Apart From Other Superyachts

17 Jul 2021, 06:50 UTC · By: Elena Gorgan / Look, but don’t touch: the prototype of what would become the iconic and very rare Cizeta V16T was briefly listed for auction for an unspecified amount

15 Jul 2021, 11:16 UTC · By: Silvian Secara / You’re looking at a collection of modified components from a 2011 Bellagio, along with a Moto Guzzi Griso’s heavily rebuilt V-twin powerplant

Pininfarina Teorema Is a Bullet-Shaped, Luxurious Take on the Autonomous Future

15 Jul 2021, 06:16 UTC · By: Elena Gorgan / More than a car, Pininfarina creates a living space that is both accommodating and luxurious, practical and comfortable. It can also be driven, by the way