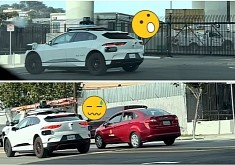 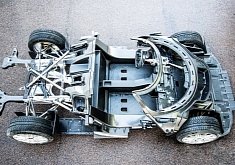 Starlink's Satellite Internet Is Now Available in Africa, but Works in Only One Country

31 Jan 2023, 09:00 UTC · By: Florin Amariei / Providing much-needed access to the internet on a global scale is slowly turning into reality for SpaceX’s Starlink. Now, it works on a new continent

7 Jan 2023, 17:59 UTC · By: Florin Amariei / Unlike other U.S. airlines, Delta did not partner up with Starlink. Instead, another company will make sure Delta’s passengers remain online

17 Oct 2022, 11:32 UTC · By: Daniel Patrascu / Elon Musk hints to Starlink getting a donate button to help fund the deployment of the Internet hardware and service to places in need

Amazon Is Blowing $10 Billion on Space Internet, Should Beam Down in 2023

Fly With This Airline and Enjoy Free Starlink Wi-Fi Internet

26 Apr 2022, 02:06 UTC · By: Florin Amariei / Tired of lag while flying? There won’t be any slow internet if you book your tickets with this company. They’ve already struck a deal with Starlink

22 Apr 2022, 10:04 UTC · By: Daniel Patrascu / American regional airline JSX announced this week it became the first of its kind to adopt Starlink wi-fi Internet for its planes

Connectivity in Space: the Moon Will Soon Have Its Own Internet

16 Oct 2021, 06:29 UTC · By: Florina Spînu / NASA plans to put astronauts back on the Moon by the middle of the decade with the Artemis program. To do so, it needs to take the power of internet to space

Tesla Might Use SpaceX's Satellite Constellation for Car Internet Connectivity

14 Feb 2018, 10:30 UTC · By: Vlad Mitrache / The two companies presided by Elon Musk might find themselves working together soon enough if SpaceX's Starlink project kicks off successfully

Amazon Reportedly Plans To Sell Cars In Europe, It's Not Its First Rodeo

13 Jun 2017, 15:55 UTC · By: Sebastian Toma / According to sources who claim to be close to the matter, Amazon is reportedly interested in selling cars online. The American giant has tried it before

2 Mar 2017, 15:51 UTC · By: Mircea Panait / As we continue to deepen our dependency on the Internet, so do our cars. For that reason, Chevrolet has introduced a $20 unlimited data plan for OnStar 4G LTE

26 Jan 2017, 16:34 UTC · By: Sebastian Toma / Kymeta, a company specialized in communication solutions, has announced it has developed a flat antenna solution designed for armored cars that need Internet

The Most Disruptive Carmaker From 2020 Onward

26 Aug 2016, 18:00 UTC · By: Alex Oagana / A lot of people are betting on Tesla, since it has achieved so much in so little time, but there are plenty other carmakers that could end up at the top

31 May 2016, 15:44 UTC · By: Sebastian Toma / Audi is fitting an eSIM to most of its models sold in Europe with the second generation MMI system. It comes with a flat-rate internet connection

4 May 2016, 15:51 UTC · By: Sebastian Toma / According to a report, General Motors backed out of a deal with Google on driver-less cars because of "data requests." Meanwhile, the tech giant signed with FCA

21 Mar 2016, 13:30 UTC · By: Vlad Mitrache / British Natural Environment Research Council is literally asking for it: it created a website where people could suggest names for its future research ship

Nissan Websites Down Because of Anti-Whaling Hackers

15 Jan 2016, 10:34 UTC · By: Alexandru Monenciu / Two of Nissan Motor Co.’s sites were down for two days after an Anonymous-linked hacker protesting Japanese whaling attempted a cyber-attack

5 Oct 2015, 17:06 UTC · By: Ionut Ungureanu / Facebook co-founder Mark Zuckerberg has said it before, one of the company's biggest plans is to try to connect as many people as possible to the internet