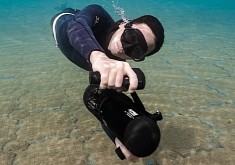 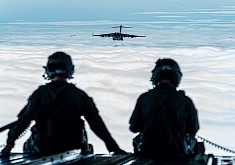 Another Mid-Size Car Is Going Belly Up, One With GM Underpinnings

Opel Insignia Ute Brings an El Camino-ish Vibe, Is Not Ready to Become a Buick Regal

2 Jul 2022, 12:18 UTC / As a matter of fact, since it only exists in the digital realm, the Insignia Ute will not become an Opel, Vauxhall, nor a Holden either

Another Sedan Bites the Dust: Vauxhall Insignia Dropped From the UK

17 May 2022, 07:16 UTC / Vauxhall has stopped taking orders for the Insignia in the UK, but the midsize car lives on in mainland Europe for the time being

15 Sep 2020, 06:48 UTC / While Buick has already decided to give the Regal brother from another mother the proverbial ax, Opel's Insignia soldiers on for at least a little more time

Next Opel Insignia Will (Also) Become a Crossover in 2022

22 Dec 2019, 18:11 UTC / D-segment sedan sales are at their lowest level ever, and many European automakers have already killed their models. This is the only way the Insignia survives

4 Dec 2019, 09:10 UTC / The full unveiling of the facelift for the second generation Opel Insignia will take place on January 10, 2020, at the Brussels Motor Show in Belgium

2020 Opel Insignia Spied at the Nurburgring, Looks a Bit Sportier Ahead of Debut

2020 Opel Insignia Leaked as a Buick Regal in China

2 Jul 2019, 16:03 UTC / The Buick Regal will likely keep its old engine setup but get this new headlight design while the European model updates all tech

11 Mar 2019, 21:09 UTC / To be honest, we wouldn't be surprised if Peugeot decided to kill the Opel Insignia in about four years and just focus on crossovers and EVs

9 Oct 2018, 15:56 UTC / The Insignia is only a little over a year old, but the facelift is changing everything about the front end, just like it happened with the last generation

29 Mar 2017, 17:18 UTC / Opel relies on the premium equipment available on the Insignia to attract buyers from the premium segment. They feel this is the key to success in the future

22 Mar 2017, 09:47 UTC / Opel has begun the production of the second generation Insignia. This is the flagship model of the German brand, and it is made in Russelsheim

7 Mar 2017, 17:37 UTC / Opel has showcased the second-generation Insignia in two body styles at the 2017 Geneva Motor Show. Take a look at the Insignia sedan and Sports Tourer inside

2 Mar 2017, 10:25 UTC / Opel's second-generation Insignia has been revealed, but the German model has a few surprises in the bag. One of them is the Country Tourer version

16 Feb 2017, 12:57 UTC / Opel will open the order books for the all-new Insignia Grand Sport and Insignia Sports Tourer tomorrow. Full specs and pricing will be revealed then

Opel Insignia Grand Sport Could Get A Coupe Version

10 Dec 2016, 15:54 UTC / Opel has revealed the second generation of the Insignia, and it looks great. A coupe version of this model might still happen, and it could be called Calibra

2017 Opel Insignia B Rendered Based on Latest Buick Design

13 Apr 2016, 19:16 UTC / We think the new Insignia will debut at the Paris Motor Show and will feature similar engines to the Renault Talisman, mainly 1.6-liter ones