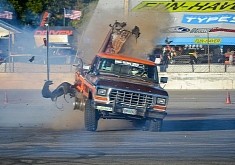 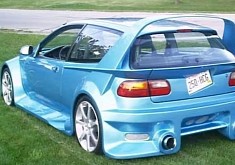 This May Be the World's Most Hated Civic Project Car, and It Is Getting Rebuilt

7 Sep 2022, 14:33 UTC / A dealership called Champion Porsche entered the Classic Restoration Challenge this year with a donor car that was missing parts. Here's how they won

25 Aug 2022, 10:10 UTC / Jeff Gordon officially retired from NASCAR back in 2016, but he will return to Indianapolis this year for a competition. The NASCAR legend will race a Porsche

9 Mar 2022, 19:26 UTC / If you enjoy the looks of vintage Indy cars along with modern performance, 7fifteen motorworks is offering a limited run of their Troy Indy Special

Tony Stewart's Ranch Is on the Market, It's More Than You Can Afford, Pal

2 Mar 2022, 17:23 UTC / NASCAR's Tony Stewart has listed his home of ten years on the real estate market. It is the finest one in the county, if not the state. It's priced accordingly

10 Jan 2022, 13:46 UTC / The 2022 edition of the Consumer Electronics Show in Las Vegas has also featured the world's first head-to-head autonomous car race. Over 40 teams signed up

14 Sep 2021, 16:24 UTC / Time travel hasn't been invented yet and according to the laws of physics it may never happen. But we do have access to time capsules like this one!

“Big Oly,” Probably the Most Notorious Classic Ford Bronco, Comes Up for Sale

Formula 1 is Coming Back to Indianapolis! Eventually. Hopefully

16 Mar 2020, 15:44 UTC / Greg Penske met with Chase Carey to discuss the posibility of Indianapolis hosting Formula 1 races again, but not before 2022

24 Jan 2017, 17:59 UTC / Almost everyone had marbles when they were kids. The inexpensive toys were great, but having a truck full of them getting spilled on the highway is a nightmare

27 May 2016, 16:02 UTC / French automaker Peugeot celebrates a historic accomplishment performed 100 years ago at Indianapolis. What better way than a new concept? It is called L500 R

No More MotoGP Action at Indianapolis in 2016

14 Sep 2015, 11:33 UTC / MotoGP fans will no longer be able to watch their idols race at the Indianapolis Motor Speedway in 2016, as the Midwest venue was dropped from the calendar

Watch Jorge Lorenzo's Only Crash so Far This Year

10 Aug 2015, 14:07 UTC / Jorge Lorenzo took his first fall this year in the warm-up session at Indianapolis. Still, he is one of the riders who crash the least in the whole championship

Marquez Claws Indianapolis Win after a Race-Long Battle with Lorenzo

10 Aug 2015, 08:34 UTC / Marc Marquez claims the first back to back victory of this season after stalking Jorge Lorenzo for the entire race. Rossi maintains his 100% podium score.

7 Aug 2015, 15:48 UTC / Jorge Lorenzo topped the first Free Practice at Indianapolis under a clear sky and in perfect conditions, while Pol Espargaro stays with Tech3 Yamaha in 2016.

7 Aug 2015, 09:39 UTC / The bike versus car duel will most likely last forever and carry on into the electric era, but a MotoGP racing an Indy car is not a thing we see every day.

Is Indianapolis Going to Host a MotoGP Race in 2016?

6 Aug 2015, 09:44 UTC / This weekend's MotoGP round at the Indianapolis Motor Speedway might weigh a lot in the economy of the 2016 premier class calendar.