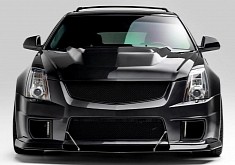 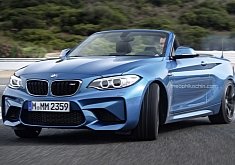 Army of Indian Challengers to Take on Harley-Davidson, Backed by S&S and Roland Sands

2 Mar 2022, 08:57 UTC / American bike maker Indian announced this week its 2022 King of the Baggers lineup, going in with a factory team and several privateers

1 Mar 2022, 12:41 UTC / Indian Black Swan is the second of two motorcycles made by Brice Hennebert and his Workhorse Speed Shop, the first was the FTR AMA

30 Dec 2021, 12:39 UTC / Indian Scout Bobber Vulcano is the name of a custom bike created on the assembly lines of German garage Hollister’s Motorcycles

29 Dec 2021, 13:25 UTC / Matching numbers 1937 Indian Junior Scout is offered at auction in Las Vegas in January with no reserve, and no legal right to be ridden on public roads

Lucky Cat Leads Pack of Four Custom Indian Chiefs, One of Them Can Be Yours for a Vote

22 Dec 2021, 10:12 UTC / Indian kicks off a building competition for four European custom shops, public to vote on the best of them and one lucky winner to take it home

29 Nov 2021, 20:02 UTC / If you’ve got a sizeable pile of spare cash lying around, you may want to consider adopting this precious rarity while there’s still time

Indian Motorcycles Get New Colors for the 2022 Model Year, Not Much Else

3 Nov 2021, 13:35 UTC / Indian Motorcycles announces the changes for the 2022 model year, for now they're limited to the addition of new colors and accessories

19 Oct 2021, 07:40 UTC / Indian Scout Fusion was the fan favorite for the public during the first Project Scout competition held back in 2016, still impressive today

14 Oct 2021, 08:17 UTC / Indian Scout Boardtracker was the winner of the Indian Scout build-off competition back in 2016, a preview of a new Indian-Jack Daniel's bike coming later today

Indian FTR 1200 Over Track Keeps Custom Cheaper Than We're Used To, Yet Effective

13 Oct 2021, 07:56 UTC / MotoAmerica announced this week its crazy successful King of the Baggers series expands to a six-race format for the next season

Indian eFTR Mini Is Yet Another Miniature, FTR750-Themed Electric Bike

7 Oct 2021, 15:28 UTC / American bike maker Indian released the second entry in the eFTR range of bikes for kids, the Mini, with a smaller battery than the existing one